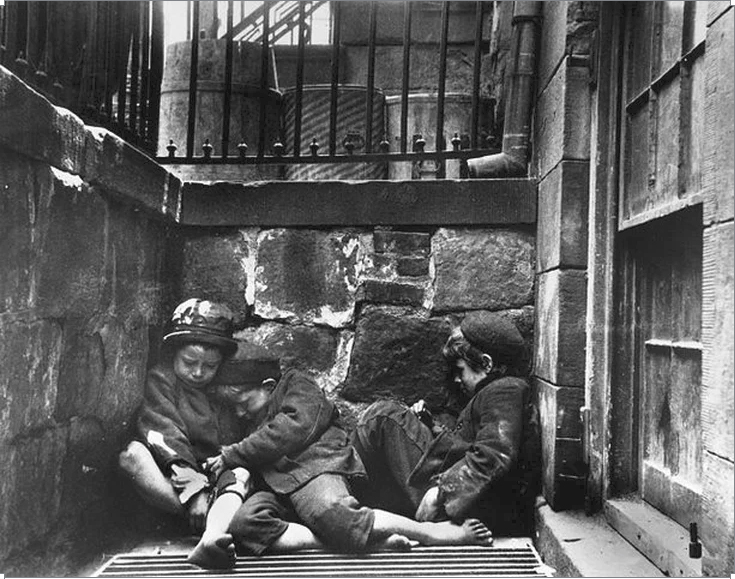 A recent study reported that Christians are more likely than people of other or no faiths to believe that people are poor due to their own failings, rather than to external circumstances. The Washington Post reports, “When comparing demographics and religious factors, the odds of Christians saying poverty was caused by a lack of effort were 2.2 times that of non-Christians. Compared to those with no religion, the odds of white evangelicals saying a lack of effort causes poverty were 3.2 to 1.”

I’m with other early responses to this study in finding these results extremely disconcerting. What’s troubling is not so much differing views about the genesis of poverty, as the conclusions they can lead to: if poverty is a person’s own fault, I must be exempt from helping that person. After all, whatever they may be suffering, they deserve it. (One Christian who sees things that way is quoted in the WaPo article, and others can be found in your local congregation.)

It is troubling that many Christians believe poverty is earned. This belief isolates the poor and deprives them of needed support. It is a false belief, because it ignores the fact that a host of political and social practices, from regressive tax policies that funnel economic growth to the wealthy, to wages too low to live on, from civil asset forfeiture to wage theft, to racist practices like redlining and sentencing disparities, make people poor, and keep them that way. But most significantly, the idea that poverty is earned—and that therefore relative prosperity must be as well—is a serious theological error. It gets God wrong.

For those of us who are not poor, it’s very seductive to look at our comfort and think that we’ve earned it. “Look what I’ve achieved through my own hard work: this house, this two car garage, these new clothes and bags of groceries.” For sure, work is more meaningful when it benefits ourselves and our family; that’s why the Catholic tradition gives a qualified endorsement to private property. But the reason that endorsement is qualified—the reason the question gets asked in the first place—is that all goods, whether we work for them or not, are God’s free gift. Every single comfort we enjoy, every drop of something that might be called wealth, originates in God’s creation. We humans are no more the sources of our own wealth than we are of our own lives. God is the source of all of it.

When we imagine that we created the blessings we enjoy, we fail to let God be God. And when we extend our concern for others only to those who couldn’t possibly be responsible for their suffering, we reject the chance to imitate Christ. It is no exaggeration to say that the central mystery of Christianity is an offer of help to those who don’t–who never could–deserve it.

It’s no coincidence that it is white Christians who most believed that poverty is earned through personal failings, rather than the result of misfortune. Like other forms of earthly power, white privilege tempts those who have it to see their advantages as their own doing, not as gifts from God. White Christians are barely beginning to learn how to talk about the unearned benefits whiteness brings to our lives. The violent hatred on display in Charlottesville last weekend, as well as the fact that it surprised many white Christians, makes it clear that we need to learn, and soon.

The Bible is obsessed with wealth and poverty, and justly mediating between them. Catholic social thought demonstrates that poverty is a plant with many tangled roots, never simply one’s own fault but traceable to the sins of employers, consumers, apathetic Christians, and more.

Christians, who believe God offers us grace that we don’t and never could deserve, should strive to extend the same grace to those who are poor.

Kate Ward is Assistant Professor of Theology at Marquette University