Welcome to our blog!

All entries reflect the views of their authors and not of the Luce Project on Religion and its Publics. 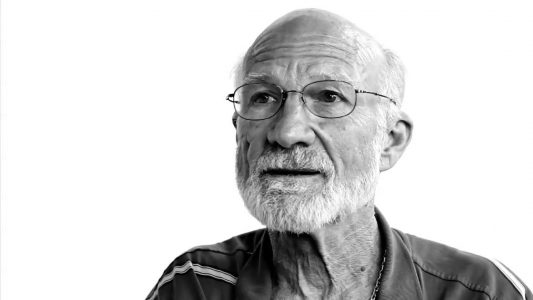 Theologians Were Arguing About the Benedict Option 35 Years Ago

Against Everything: On Ivan Illich, Scourge of the Professions

By George Scialabba
The Baffler

That troublesome priest. Whether one calls this revolution or devolution, it clearly requires, he acknowledged, “a Copernican revolution in our perception of values.” …more

In Defense of Cultural Criticism in Trump’s America

An essay about the arts in the age of Trump, and a reminder about what cultural criticism might be.

“Every piece of cultural criticism is manufactured by human community and then offered back to that community as a gesture of thanks. “

The Islamic World did liberalize. Then came the first world war.

By Christopher de Bellaigue
The Spectator
A teaser essay, from a forthcoming book, on Islamic states’ projects of “enlightenment” in the 19th century—brought to a crashing halt by World War I.

“Now, amid the beastliness of Isis and its fellow travellers, and the tendency of a growing number of westerners to demonise not Islamism or the terrorists but Islam tout court, it seems vital to recall that hopeful century when the lands of Islam engaged lustily with modernity in the hope that something of it can be recaptured — as, indeed, it briefly looked as though it might during the Arab Spring. The alternative is to perpetuate the self-fulfilling consensus around which the Isis ideologues and our own populists unite: a story of inevitable conflict and alienation based on a historical fallacy.”

A scientist’s new theory: Religion was key to human’s evolution

By Julie Zauzmer
Washington Post
An interesting piece on evolutionary psychologists and changing attitudes toward religion.  The scientist in question, Dunbar, is a well-known figure (his book Grooming, Gossip, and the Evolution of Language is a fun “just-so” story).  Note what this piece signals about changing attitudes towards the category of “religion” in some parts of the intelligensia. Aas the sociologist Chris Smith points out in the piece, there’s an interesting question here about why “religion,” so long a matter of simple abuse by scientists, has become more a functional part of their stories.
For context, see this from 2012 by Project Co-Director Chuck Mathewes on the American Interest.

The Death of Expertise

Book review of Tom Nichols, The Death of Expertise
By Scott McLemee
Inside HigherEd
The changing character of expertise in public culture—and the possible disappearance of it—is discussed in a good review of a new book.

“Nichols is a forceful and sometimes mordant commentator, with an eye for the apt analogy, as when he compares the current state of American public life to “a hockey game with no referees and a standing invitation for spectators to rush onto the ice.”

Return of the Prophet: Baldwin in the 21st Century

By Ed Pavlic, Cornell West, Teju Cole, Raoul Peck
Podcast at Radio Open Source
A great set of conversations on James Baldwin.  Baldwin is beginning to be seen as a crucial figure for the second half of twentieth century America, and maybe twenty-first century America. In this exchange Cornel West has a very interesting point to make about Baldwin.

“[Baldwin is] a kind of Democratic saint, if you define a saint as a sinner who looks at the world through the lens of the heart.”

People have talked about Baldwin as a “prophet”, but that term is a stale cliché right now in our culture, with all distinctiveness sanded away.  Maybe “saint” gets at something deeper in the situation here.  This is interesting both about the category of “saint,” and about the figure of Baldwin, who never shied away from thinking about religion—and in a sense, as our Luce Senior Seminar colleague Vincent Lloyd has made clear, was never not a “public theologian.”

Theo-Politics in Flux: The Alt-Right on God, Christendom, and the Nation

While Hannah Arendt has had several revivals over the past few decades—for her insights on civil society, on the “banality of evil,” and on her conception of “the social” in the age of social media, one part of her work has so far not seemed immediately relevant, namely, her early work on totalitarianism.  But Mara Willard makes the case in this essay  that Arendt’s book The Origins of Totalitarianism is the one we need to read now, to understand currents in American politics and religious life.

Writing shortly after the close of World War II, Harvard historian Arthur Schlesinger Jr. spoke of the urgent need to defend the “vital center” of the American polity against the “centrifugal forces” that were tearing it apart. By “vital center,” he meant a broad alliance between “the non-Fascist Right” and “the non-Communist Left” based on a shared belief in American democracy.  Drawn together by the challenges of wartime mobilization, Schlesinger’s America held firm.  Will ours?