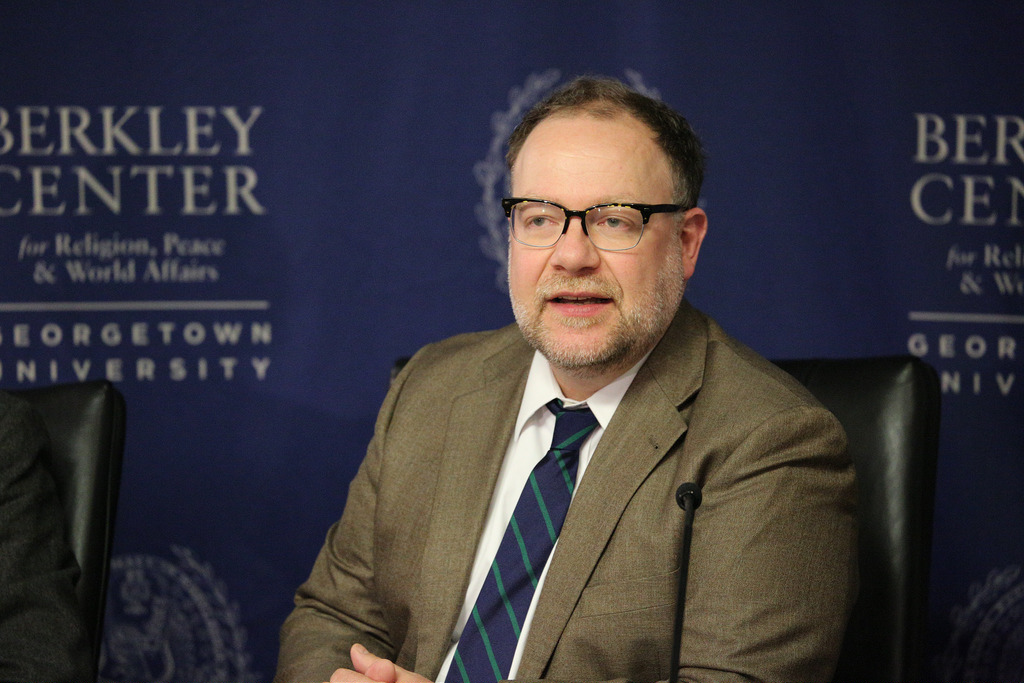 While others have offered reflections on the alt-right from the standpoints of political science, sociology, and American history, my perspective is perhaps a bit different. While those fields tend in a descriptive direction, the work of the Christian theologian is often unembarrassedly normative in character. Such normativity will be on full display in this short piece. It forms an initial attempt to help Christians, and perhaps some others, formulate a theological response to the alt-right—one that (a) acknowledges that its distinctive combination of anti-Semitism and anti-black/anti-brown racism has precedent in the Christian tradition; (b) reckons with the difficulty of formulating an effective rhetoric and witness in response; and (c) understands the limited potency of ideas in the political sphere.

My first point: Christians shouldn’t succumb to the temptation to think of the alt-right as a baffling, strange, incomprehensible “other”—a political outburst that is entirely alien to the Christian tradition. Christians must instead accept and acknowledge that our religious tradition connects with, and in fact gives intellectual support to, the racial imaginary of the alt-right. To be sure, there are inspirations for the alt-right, and prominent figures within it, who repudiate Christianity. Think of Alain de Benoist and the Nouvelle Droit; think of Richard Spencer’s (painfully sophomoric) reading of Nietzsche. But it would be churlish to ignore the fact that the alt-right draws on a long tradition of Christian anti-Judaism and anti-Semitism. It does exactly that, and sometimes quite explicitly. Furthermore, the way the alt-right blends anti-Judaism and anti-Semitism with anti-black/anti-brown racism finds striking parallel in the history of Christian thought.

Scholars such as J. Kameron Carter and Willie Jennings prove instructive on this point. Carter argues convincingly that the racial imagination of modernity is grounded in the attempt to detach Christian identity from its Jewish roots. Jews being viewed as “racial others” is the fatal cast of the dice: it forms the first step towards a “racialized chain of being” that culminates in an ideology of white supremacism. Jennings’s thought heads in a similar direction. The colonialist and racist currents that swirl within Western modernity are animated by Christianity’s long history of anti-Judaism.

So here’s a hard truth. When alt-right demonstrators chanted “You will not replace us” and “Jews will not replace us” in Charlottesville, and when similar sentiments are voiced in chatrooms, bars, schoolyards, churches, and government offices—sometimes with deadly effect, as the recent events in Pittsburgh show—we have to acknowledge that it is a tradition forged, at least in part, by Western Christian thought. And inasmuch as Christians, especially those of us who are white, inherit and benefit from this tradition, we have a responsibility to contest it. We have to own a common past, even as we challenge the alt-right in the present.

My second point is the identification of a quandary. Put simply: I don’t know what kind of religious rhetoric and witness is best suited to challenge the alt-right. One option is prophetic denunciation—treating white nationalism, neo-Confederate politics, and neo-Nazism as idols that must be smashed. (If you want inspiration for this stance, Karl Barth is a good bet). Another option is to attempt to out-narrate the alt-right, to overpower them with a celebration of Jewish, Latinx, black, queer, and immigrant voices. Yet another option is to focus attention on figures on the religious left (think of William Barber, Traci Blackmon, Jennifer Harvey, and others) and to work towards changing the theo-political culture of the United States.

Now, none of these options (and there are of course more) are mutually exclusive, and each has its merits. Yet I worry that established modes of expression and action do not have much traction with respect to the alt-right, and that Christians need to develop new forms of rhetoric and witness to contend with this threat. The alt-right, after all, is not a political bloc or party. It stands somewhere between an assemblage, a mood, and a movement; it comprises a mess of neo-Confederate groups, free-floating white supremacists and anti-Semites, old and new neo-Nazis, pseudo-intellectuals, and—last but certainly not least—online trolls. Crucially, too, many who associate or sympathize with the alt-right have no interest in mainstream political or religious life. They’ve taken what Richard Hofstadter famously called “The Paranoid Style in American Politics” to an entirely new level, with “heated exaggeration, suspiciousness … conspiratorial fantasy” and “apocalyptic … expression” forged in the furnace of online chatrooms and boutique websites.

In fact, even though religious critiques of the alt-right are desperately needed, those critiques might well strengthen an entrenched narrative of victimization. Just as some evangelicals thrill to the (false) idea that Christians are a beleaguered minority in the West, so the alt-right entertains the (false) idea that whites live with their backs against the wall. The “war on Christmas” and the “war on whites” form two sides of a paranoid, self-serving, counterfeit coin.

So here’s another hard truth. If contesting the alt-right means something more than outmuscling it—that is, if contesting this assemblage, movement, and mood requires fostering some kind of repentance and conversion among its adherents, so that their message is contested not just from the “outside” but undone from the “inside”—I worry that we don’t yet know how to proceed, either rhetorically or in terms of faith-based organizing.

Third and finally: Christians need to be careful not to overestimate the power of ideas when it comes to the alt-right. It is always tempting to suppose that sharp thoughts can change the world. A bit of consciousness-raising, a nicely turned thesis, deft penmanship: these are assumed to be the drivers of religious and political change. But we mustn’t fall victim to naïveté. Among the various forms of soft power now in circulation, theological arguments are downright squishy, and certainly no match for diverse modalities of hard power. So, granted my first two points, I would encourage Christians—especially Christian theologians, like me—to attend once more to the tradition of Christian realism. Reinhold Niebuhr once wrote that the “preservation of democratic civilization requires the wisdom of the serpent and the harmlessness of the dove. The children of light must be armed with the wisdom of the children of darkness but remain free from their malice.” These are timely words.

Christians can and must reckon with the renewed vigor of the far-right, and Christian theologians can and must do our part to disrupt, undermine, and discredit it. But such work will only have a significant impact when it is complemented with tough-minded, concrete, local contestations of white nationalism, anti-Semitism, so-called “race realism,” and neo-fascism—the whole toxic, ugly mess gathered under the name of the alt-right.