The Project on Religion and Its Publics is a multi-year initiative dedicated to bridging the gap between the academic study of religion and public conversations about religion. It brings together scholars from across the United States and multiple disciplines in order to nurture scholarship and shape discussions of broad relevance to the world. We are based at the Virginia Center for the Study of Religion at the University of Virginia and sponsored by the Henry Luce Foundation. More…

Co-Director Paul Dafydd Jones
Paul Dafydd Jones is a British theologian whose teaching and research focus on Protestant theology in the modern West. Jones joined the Department of Religious Studies at the University of Virginia in the autumn of 2006. He holds an M.A. in theology from Oxford University, an M.Div from Harvard Divinity School, and an A.M. and Ph.D. from Harvard University. His first book was a study of Karl Barth’s Christology, The Humanity of Christ: Christology in Karl Barth’s Church Dogmatics. Currently he is working on two book-length projects. The first is an examination of Protestant views of the atonement; the second is a constructive theological exploration of patience.

Co-Director Charles Mathewes
Charles Mathewes is the Carolyn M. Barbour Professor of Religious Studies at the University of Virginia.  He spent much of his childhood in Saudi Arabia, and was educated at Georgetown University and the University of Chicago.  He is the author of Evil and the Augustinian Tradition and A Theology of Public Life, both with Cambridge University Press; Understanding Religious Ethics from Wiley-Blackwell; and The Republic of Grace, from Eerdmans.  Among other edited volumes, he is the Senior Editor for a four volume collection on Comparative Religious Ethics: The Major Works for Routledge Publishers.  From 2006 to 2010, he was Editor of The Journal of the American Academy of Religion, the flagship journal in the field of religious studies, and was the youngest Editor ever appointed to lead that journal.  He was Chair of the Committee on the Future of Christian Ethics for the Society of Christian Ethics, the inaugural Director of the Virginia Center for the Study of Religion, and he currently serves on the House of Bishops Theology Committee of the Episcopal Church.  He is currently finishing two books, one provisionally entitled The Future of Political Theology, the other provisionally entitled The Future of Christian Ethics.

The live news and current affairs programs she has hosted include Sunday, Woman’s Hour, Last Word, Americana, and The World Tonight. Shelly is the project’s new grant manager, whose job consists mainly in helping to organize large events and shooting annoyed glances at directors who spend over their budgets. She is a second-year PhD student of Modern and Contemporary Religious Thought in the Department of Religious Studies at the University of Virginia.

Lucila is a doctoral student in Theology, Ethics, and Culture at the University of Virginia. Her research interests fall within political theology, Latin American theologies (especially teología del pueblo), and Latinx ethics. Her current work focuses on the role of the “prophetic” in participative democracies. Creighton is a doctoral student in Theology, Ethics and Culture at the University of Virginia. He works on Pentecostal theology and religion’s role in democracy more generally. 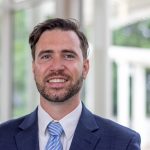 Evan is doctoral candidate in Theology, Ethics and Culture at the University of Virginia. He is writing a dissertation on the problem of evil. Madeline Sugg is studying Government and Religious Studies at the University of Virginia, and will graduate in May 2020. Ellen Yates is majoring in Political and Social Thought at the University of Virginia.

The Senior Fellows Project Seminar gathers leading scholars in the field of Religious Studies three times a year. Collectively, the Fellows support each other’s work, read texts closely as a group, and work towards original ways of conceiving of issues in the fields of Theories of Religion and Public Theologies.

Ted A. Smith (Associate Professor of Preaching and Ethics, Candler School of

The Advisory Council provides much-needed direction and support for the Project at UVa.