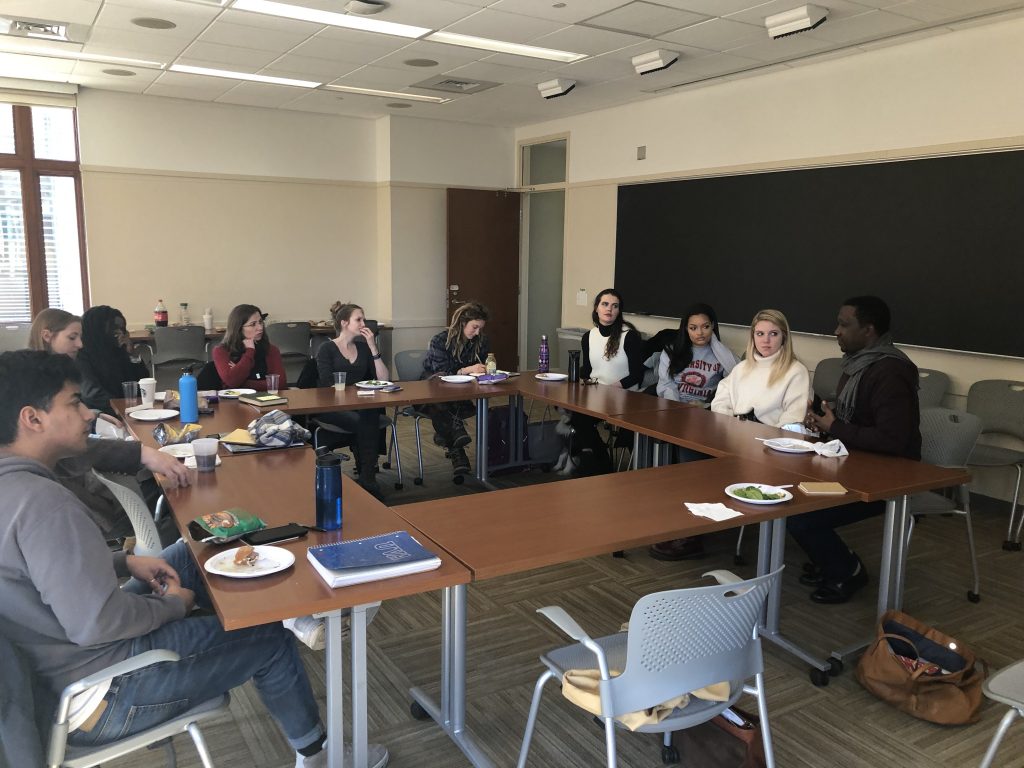 March 6th 2019 – Religion and Its Publics and Professor Larycia Hawkins hosted a brown bag lunch to remember and reflect on the Rwandan Genocide, which began 25 years ago on Easter day. The conversation—The Politics of Forgiveness: Religion and Post-Genocide Rwanda—was led by Christophe Mbonyingabo, founder and Executive Director of CARSA Rwanda (Christian Action for Reconciliation and Social Assistance). CARSA began reconciliation and peace efforts officially in 2004, and along with multiple programs, aims to reconcile survivors and perpetrators of the genocide in Rwanda in 1994. An internationally acclaimed documentary features the work of CARSA and the hard-fought nature of forgiveness and life post-conflict, including the role of religion in reconciliation efforts. The conversation included comparative questions about other countries attempting to reconcile large populations, especially along racial lines, and explored the ways CARSA, as a Christian organization, functions in the Rwandan context, as well as the potential of such efforts being scaled and mapped onto other conflict zones across the globe.