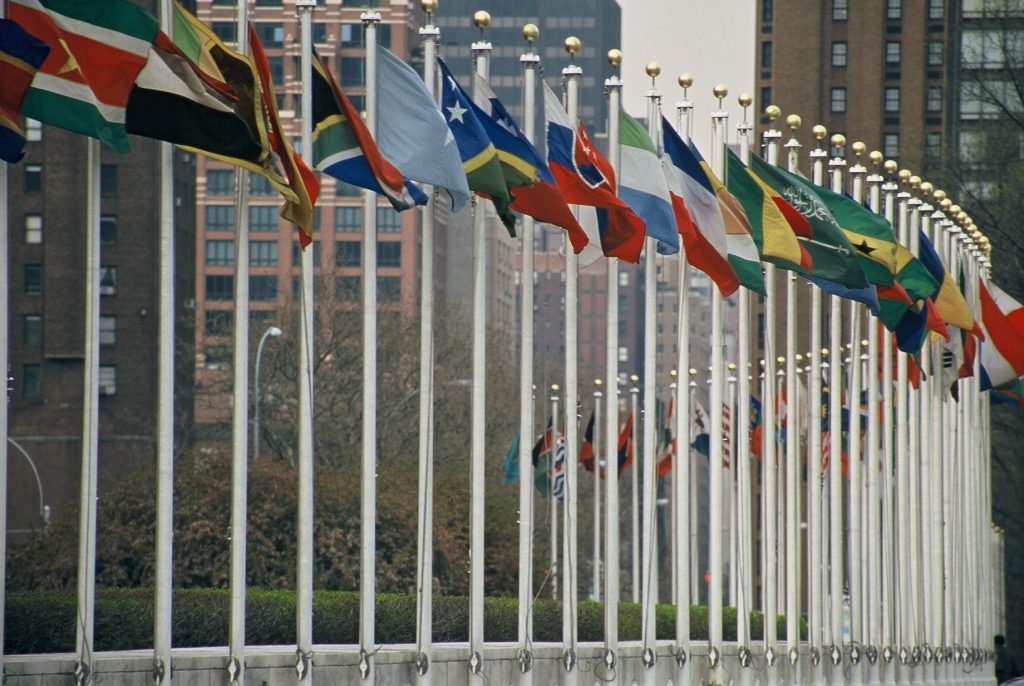 In the first issue of the new magazine American Affairs, its editors ask: “Can nationalism be leavened by justice—or even be essential to it—rather than being abandoned to its worst expressions?”

At the moment in which a major public American university (UVA) can become a site for marches of the clean-shaven, torch-bearing neo-Nazi white nationalists, and in which the ruling nationalist party of one of the European Union’s states (Hungary) can unapologetically produce and post antisemitic advertisements, relating justice to nationalism seems not only indefensible but also irresponsible. The idea of nationalism as a possible path toward more just societies would seem historically unwarranted as well: The record of oppressive, hegemonic political institutions and violent conflicts that nationalist movements and nationalist politicians have helped shape during the last two centuries is long and hardly reassuring. But nothing more greatly fuels contemporary doubts about nationalism—and specifically, the power of nationalism to produce a democratic civic culture—than the current tendency to identify nationalism with populism.

This is not surprising. Both nationalists and populists act in the name of strong visions of collective identity; both nationalist and populist politicians assert the sovereignty of a people to include some and exclude other groups in the notion of “the people.” Perhaps most importantly, many of the contemporary populist movements and parties—whether progressive in Latin America, Spain, and Greece, or radical right populists in France, Austria, and the Netherlands—employ nationalist and, in the case of the latter group, nativist agendas. Yet distinguishing between nationalism and populism has never been more important, for reasons that are analytic, normative, and political in nature.

It is important to avoid the temptation to substitute one tendency among scholars and certainly among religious studies scholars—that is, thinking about nationalisms as identical to and embedded in nation-states—with another inclination: thinking of nationalisms as they are expressed in populist movements and politics. Both tendencies carry the same danger—the conceptual and historical flattening of nationalism rather than a fuller, more nuanced appreciation of its cultural narratives and political manifestations. For scholars of populism, identifying the differences between nationalism and populism is central to understanding the multiple forms of populism that are not always organized around nationalist rhetoric or agendas. But appreciating the differences between nationalism and populisms is also vital in helping us see both the expressions and the democratic possibilities of contemporary nationalisms.

While all populisms, progressive or conservative, are (as Jan-Werner Mueller correctly asserts) about the denial of pluralism, that is not the case with nationalisms. Yes, nationalisms always involve some level of homogenization inside the national group and impose boundaries around those who are not considered to be members of that group; and, yes, nationalisms often share with populisms the exclusive focus on justice for one people or one nation. But populisms represent what scholars call a “thin ideology”. As such, they might initially increase the level of political contestations and bring together many ideological constituents, but they ultimately involve two processes: a narrowing of political imagination and platforms, and the silencing of many voices in the political arena to accentuate the one voice of “the people” in its struggle against “the elite.”

By contrast, multiple narratives of national identity can exist next to, or in competition, with one another. As a result, nationalism is not simply an ideology of collective identity defined against other nations; it is also a significant field of democratic antagonistic struggle (to use Chantal Mouffe’s terminology) within some society. Most importantly, nationalisms can involve expressions of identity that do not marginalize or abolish pluralism but can simultaneously affirm drive toward homogeneity and respect for plurality; nationalisms can also, while clearly asserting boundaries of belonging and collective attachment, frame more expansive forms of national identification that acknowledge and respect the members of other national groups.

I’ve written about the historical and contemporary expressions of such nationalisms elsewhere (while uncovering the place of religion and religious ethics in collective identities and while staying away from the simplistic distinctions between civic and ethnic nationalisms). Here, I want to highlight two concrete instances in which nationalism is framed within narratives that link homogeneity and pluralism, on the one hand, and inclusion and justice, on the other. The first is the event that started as a symbolic protest of just one NFL player, Colin Kaepernick, and grew into a movement of solidarity (as well as contention) among many NFL players—the event that, at least in one reading, emerges as part of a narrative of American identity that is not just a protest against racial injustice but also the affirmation of the idea of what America as a nation ought to be. The second event I want to highlight is the sustained protests of American citizens of all ethnic and religious backgrounds against Trump’s policy to prohibit immigrants of selected Muslim countries from entering the United States— protests which are constitutive of a vision of a more just, more inclusive American national identity.

These two cases—as well as the American history of (in John Courtney Murray’s words) “a unity of a limited order,” wherein “one” and “many” are in conflict but also in a productive tension—are central to distinguishing contemporary expressions of populism and nationalism, in the American context and beyond. Most of all, such cases raise important questions about the range of democratic responses to contemporary populist politics: Is the only plausible and forceful challenge to a populism that threatens democratic pluralism some type of cosmopolitan vision and identity (which is often, it ought to be underlined, intertwined with the discourse and practices of global capitalism)? Or can a more powerful response to white nationalism and radical populisms be a nationalism that asserts a robust but more expansive—pluralistic—narrative of American national identity, defined by questions of justice, equality, and inclusion?

While white nationalists and radical right populists continue to bring torches to the lawn of a public university to call for a resurgence of white-only America, citizens all over the United States keep responding with their own vision of America by posting signs on their own lawns welcoming the others in their mother tongue. Nationalism is not synonymous with populism; it can be its foil.

Slavica Jakelić is Associate Professor of Humanities and Social Thought at Christ College, The Honors College of Valparaiso University. Her scholarly interests and publications center on religion and collective identity, religious and secular humanisms, theories of religion and secularism, theories of modernity, nationalism and populism, interreligious dialogue, and conflict resolution. Before joining the Christ College faculty, Jakelić has worked at or been a fellow of a number of interdisciplinary institutes in Europe and the U.S., including the Erasmus Institute for the Culture of Democracy in Croatia, the Institute for the Study of Economic Culture at Boston University, the Institut für die Wissenschaften vom Menschen in Vienna, Austria, the Erasmus Institute at the University of Notre Dame, the Martin Marty Center at the University of Chicago, and the Notre Dame Institute for Advanced Study, and the Kroc Institute at the University of Notre Dame. She is an Affiliated Scholar of the Institute for Advanced Studies in Culture at the University of Virginia, where she was a faculty member and co-director of the institute’s program on religion for several years.

Jakelić is a co-editor of two volumes, The Future of the Study of Religion and Crossing Boundaries: From Syria to Slovakia, a co-editor of The Hedgehog Review’s issue “After Secularization,” and the author of Collectivistic Religions: Religion, Choice, and Identity in Late Modernity. She is currently working on a book The Practice of Religious and Secular Humanisms.