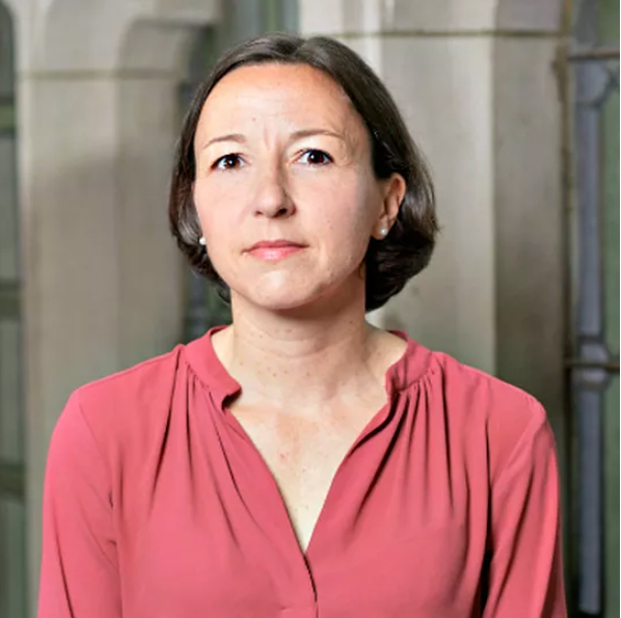 Sarah Azaransky, Assistant Professor of Social Ethics at Union Theological Seminary, just released her new book This Worldwide Struggle: Religion and the International Roots of the Civil Rights Movement via Oxford University Press. Isaac Barnes May, Doctoral Candidate in Religious Studies at the University of Virginia, spoke with her about it — read their conversation below.

Q: Your book looks at the careers of a number of prominent black Christian intellectuals. What attracted you to those particular figures?

A: This project grew out of my dissertation and first book about Pauli Murray. In research on Murray’s time at Howard Law School, Howard Thurman and Benjamin Mays grabbed my attention. Their theological voices were anticipating black theology, they were doing groundbreaking work in religious studies, and they were great friends. I wanted to learn more about them and set out to write a kind of theological buddy book. I soon discovered that they visited India, separately, but both in 1936, where they interviewed Gandhi, and that they mentored a subsequent generation of activists.

The book then grew broader in scope as I found that Thurman and Mays were part of a network of black Christian intellectuals who were creating the intellectual infrastructure for a black Christian activism. They were also experimenting with forms of activism—like sit-ins, multicity marches, and integrating buses—that would become mainstays of the later civil rights movement.

In short I was attracted to these figures because they are great examples of intellectuals whose work is interested in social application, and activists who grounded their work in intellectual reflection. They show the symbiosis between theory and practice that helped fuel the most important American social movement of the last century.

I emphasized relationships, professional and personal, because they were an important part of what helped to build the movement.

Q: This book draws from different bodies of scholarship on history and religion, peace studies, civil rights studies, and even Quaker theology. What were the advantages and challenges of writing a work at the intersection of so many fields?

A: Researching interdisciplinarily is the only way, to my mind at least, to tell a story like this. The challenges are also significant: these are indeed different disciplines with different audiences and slightly different interests.

The larger challenge is how to be accountable to the people I’m writing about—how to offer a version of the international and interreligious roots of the movement that does some kind of justice to the brilliance and bravery of this group of intellectuals and activists. With that criterion in mind, the fields start to feel less divergent; instead disciplinary differences start to feel more like different kinds tools that are necessary to develop a better version of this history and its moral lessons.

Q: How does putting the religious aspects of the struggle for civil rights in a global context change our understanding of that movement?

A: The story of the civil rights movement is often told as inexorably American—that American democratic (and American Christian, for that matter) ideals necessarily coalesced in a great social movement that affirmed U.S. egalitarianism. This is not what happened, of course.

That the greatest civil rights movement has significant international and interreligious roots tells us that American resources were not enough. This group of black Christian intellectuals and activists looked abroad, including in other religious traditions, for ideas and practices that could inspire an American racial justice movement. For example, after Thurman and Mays traveled to India in the mid-1930s they began to understand Jim Crow as a kind of colonialism, and believed that black Americans should organize themselves as people of color around the world were organizing against white supremacy.

Q: How did examining the religious and theological convictions of the black Christian intellectuals featured in your book inform your understanding of their activism?

A: To best answer this question, I’ll point to how Bayard Rustin’s theological convictions were integral to his activism. Rustin is best-known as the organizer of the March on Washington and as an important advisor to King. He was both things, and he was an incredibly sophisticated thinker; actually a religious thinker. People miss this, because he was an activist, so they overlook all the intellectual work that requires. And Rustin was Quaker, so even people trained in religious studies or Christian theology don’t necessarily know how to make sense of his particular kind of religious reasoning. Reading so much of Rustin’s writing from the 40s and 50s convinced me that he is among the most important—and most effective—religious thinkers of the mid-twentieth century.

As a Quaker, Rustin’s religious belief was always connected to practice; in fact, Quaker theological ethicist Rachel Muers describes Quaker religiosity as a kind of “interpretation-in-practice.” Rustin wrote about how Quakers seek to develop “workable trials;” that is social activism to address social, political, and economic injustice. Examples include prison reform, women’s rights, pacifism, and post-war reconstruction. For Rustin, then, religious convictions are somewhat unintelligible unless they are connected to social action.

From Rustin’s experiments with direct action in the 1940s to his engagement in what he would later call the “classical” phase of the civil rights movement, Rustin’s careful moral reflection and his thoughtful action are necessarily connected.

Q: Does studying this phase of the civil rights movement offer any insights or guidance for the contemporary political situation?

A: I think there are many insights. I’ll list two:

1. The importance of learning from people whose moral visions are limited. This is a crucial skill as we look for moral and intellectual resources to address contemporary crises.

It turns out Gandhi is someone with a limited moral vision. Lately, there has been important reevaluation of Gandhi’s work, prompted by questions like: Why did Gandhi exclude black South Africans from his movement there? Could Gandhi reconcile his service in the Boer War with his later anti-imperialism? Why did Gandhi oppose untouchability, but not caste? These questions suggest that Gandhi’s program was not as nonviolent as he insisted it was. In 1936, Howard Thurman and Benjamin Mays asked these exact questions to Gandhi himself.

Thurman and Mays knew that Gandhi had moral blind spots that limited his activism. Yet Thurman and Mays were able to learn crucial lessons from Gandhi about antiimperialism and organizing a mass movement.

2. This history shows us how the greatest American social movement has international roots. Indeed, the international history of the civil rights movement affirms how democratic histories are always transnational. If our president asks whether Western values will survive, well, this is the wrong question. History shows that democracy has prophets in every region of the globe, and that learning from many others has made this country more just and more free. And it strikes me that these are the kinds of lessons we need today, as we develop our own disciplines, methods, and techniques toward a more just social order.