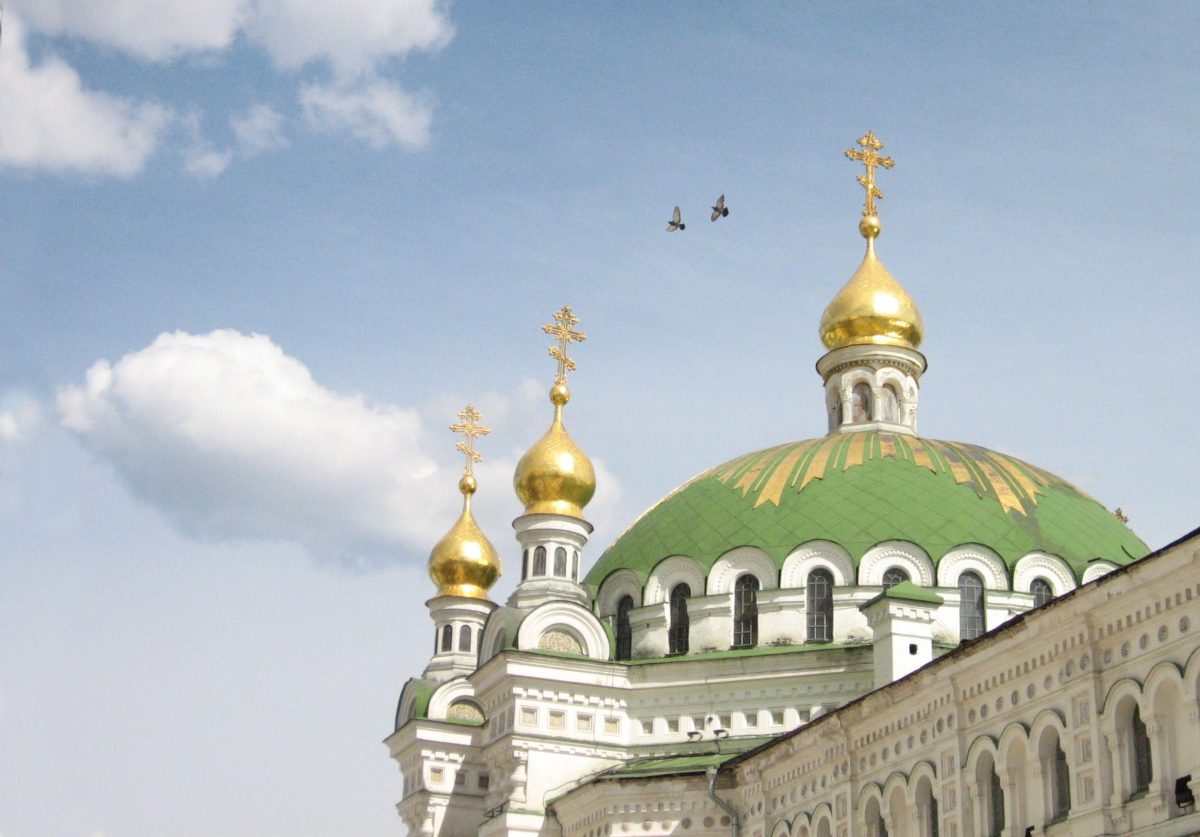 Lenin once quipped that Russia without Ukraine is a body without a head. Zbigniew Brzezinski echoed the same theme by insisting that Russia ceases to be an empire without Ukraine. Although recent developments in the world of the Orthodox Church cannot be reduced to mere geopolitics, they do reflect the overall applicability of this theory.

On October 15th, the Holy Synod of the Russian Orthodox Church (ROC) announced that it is severing Eucharistic Communion with the Ecumenical Patriarchate of Constantinople (EP), the “primus inter pares”  – or first among equals – of the Orthodox Church, after the latter granted Ukraine’s Church independence from Russia. According to the ROC synod, the EP’s decision represents an “encroachment of the Patriarchate of Constantinople upon the canonical territory of the Russian Orthodox Church,” and was objected to on these grounds. The ROC also objected to the EP’s decision for more technical theological reasons, claiming that it allows “schismatics” to take communion. (More on this in a moment.)

The Ecumenical Patriarch, Bartholomew I, is generally viewed as the leading authority for the world’s 300 million Orthodox believers. But the Russian Church is its most numerous, powerful and wealthy global member. The implications of the EP’s action are profound. But reports of a schism in the Orthodox Church are premature.

The history of the three major Orthodox churches in Ukraine is complex. Filaret had once been a leading candidate for the position of the Patriarch of the ROC. He lost. As the Metropolitan of Kiev, in 1992, Filaret orchestrated a split within Ukrainian Orthodoxy and established the UOC KP, which now claims to be the largest – by number of faithful – Orthodox Church in the county. For that, Filaret was anathematized by the Russian Church. But that anathema no longer stands after the EP’s October 11th pronouncement.

So, the Russian annexation of Crimea and the invasion of Eastern Ukraine in 2014 intensified the process of seeking autocephaly, but it did not initiate it.

The political dimensions and geopolitical implications of these developments are now in the open. Ukrainian president Poroshenko has long advocated for a united Ukrainian Orthodox Church as a means to counter Russian aggression, which was often openly supported by the ROC and by some hierarchs of UOC (MP).

After the Ecumenical Patriarchate granted the Ukrainian Orthodox Church, the UOC (MP), independence from Moscow, the Kremlin immediately vowed to “protect Orthodox believers in Ukraine.” President Vladimir Putin quickly called a Security Council meeting on October 12th with an agenda dedicated solely to issues of Ukrainian Orthodoxy. After all, Ukraine is an integral part of Moscow’s – both ecclesial and political – neo-imperial ideology of “Russkij Mir\Russian World.”

What are the ramifications of these developments?  Contrary to some recent headlines, there is neither “split” nor “schism” between Moscow and Constantinople along the lines of the one between Christian East and West in 1054. First, the ROC did not anathematize the EP; there is no charge of “heresy.” Second, the EP did not reciprocate the ROC’s decision to sever Eucharistic Communion. The ROC clergy and faithful are still welcome in the EP parishes.

The history of the Eastern Orthodox Church is full of similar acts that were healed in time. The ROC itself was out of communion with Constantinople for a century following the events of the Council of Florence.

In Ukraine, existing Orthodox Churches will have to dismantle their administrative structures to establish a new one. It is expected that most Ukrainian Orthodox churches will join a new pan-Ukrainian Orthodox Council. Those who do not join the new unified body and choose to stay faithful to the ROC will be able retain their church property, contrary to Russian propaganda designed to scare people into thinking otherwise. When the structures of the unified Ukrainian Orthodox Church are established, which could and probably will occur by the end of 2018, Patriarch Bartholomew will grant this body the Tomos, a founding document for any autocephalous church.

When the dust settles, this move will re-arrange the global balance within the conglomerate of 15 autocephalous Orthodox Churches. Instead of the current bipolarity (Moscow-Constantinople), a new order will emerge. The ROC will probably still be the largest member, closely followed by the unified Ukrainian Orthodox Church. The Romanian Orthodox Church would then be the third largest, and this status might have powerful ramifications for the ROC’s current modus operandi in the West, the Romanians themselves, and the EP.

There is some indication that in time the Belarusian Orthodox Church (BOC), which currently holds the status of Exarchate under the ROC, would also seek autocephaly. If that occurs, the unified Ukrainian Orthodox Church will become the largest Orthodox body.

With the realization of its long dream to become one, united, canonically recognized Ukrainian Orthodox Church, there come dangers. There is still open armed conflict between Ukraine and Russia. Bullets fly every day and soldiers from both sides are buried in Ukrainian and Russian soil. In the context of elevated national loyalty, the Ukrainian Orthodox Church could become the de facto State Church. This could closely mirror the role the ROC plays in Russia, where Patriarch Kirill is a close ally of President Putin.

Besides the political implications of this, there is strong evidence that ethnophyletism would reemerge in Ukrainian Orthodoxy, which was proclaimed to be a heresy by the Orthodox Church in 1872.

Regardless of what happens, something is beyond dispute: Russia could conquer Ukraine by neither bullets nor “hybrid war.” Its use of the Russian Church to keep Ukrainian Orthodoxy in check has failed. Russia, now without Ukraine, is no longer an empire.

Sergey F Dezhnyuk is a Ukrainian-American theologian and vice-president of Independent American Center of Political Monitoring. He teaches philosophy and religion at Tulsa Community College.