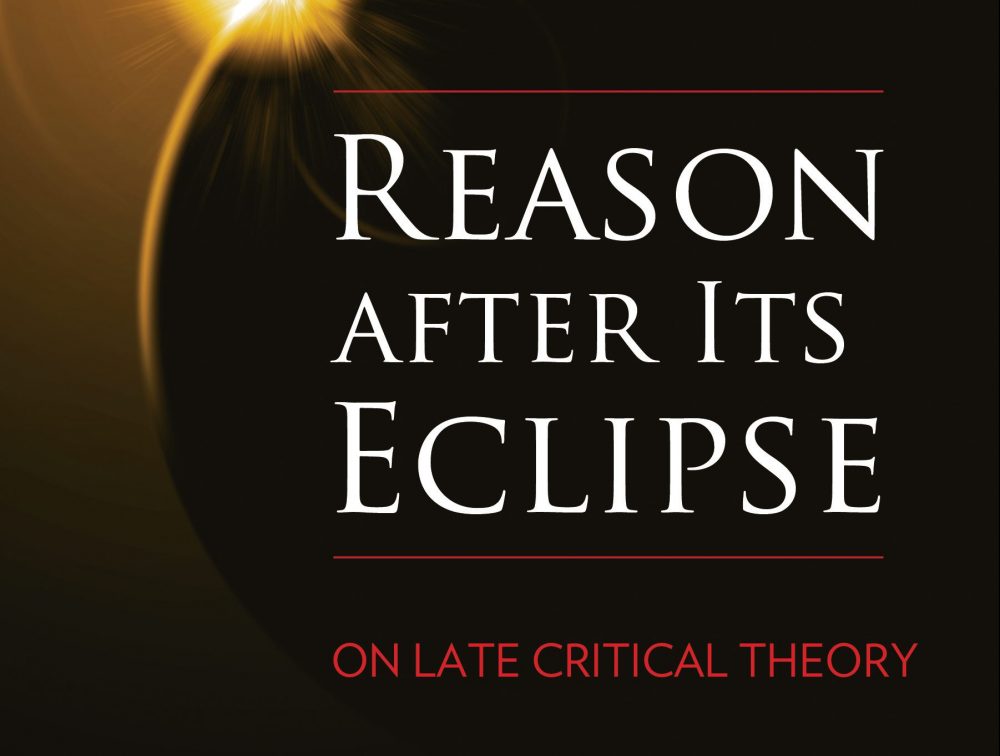 Towards the end of his bold attempt to write a history of reason itself in just a little over 150 pages, Martin Jay describes a paradigm shift in “our” concept of reason:

“It might be said, or at least plausibly hoped, that both the Enlightenment Age of Reason and the Counter-Enlightenment Age of Reason’s Other have been left behind, and in their place is dawning a new Age of Reasons. Here [“the space of reasons”] is becoming more than just a metaphor, but being given increasing institutional embodiment in the political, cultural, legal, scientific, and other public spheres of modern life.”

I find it impossible to read this passage as anything other than a dispatch from a vanished world. Perhaps in 2012, when Jay first delivered these words, we could plausibly hope that what philosophers call “the space of reasons” might become coextensive with the institutions of the public sphere. That hope now seems quaint at best, delusional at worst.

In Reason After Its Eclipse: On Late Critical Theory, Jay critiques some ancient, modern, and post-modern accounts of reason and defends Jürgen Habermas’s theory of communicative rationality as a better alternative. To say that rationality is “communicative” is to say that the norms of rationality emerge from the norms of human discourse. We cannot communicate with one another at all unless we accept, at least implicitly, certain rational norms. For example, when we assert a claim—any claim whatsoever—we imply that the claim is based on reasons and evidence. We also commit to sharing our reasons and evidence when others call these claims into question. Rationality is formal, pragmatic, and linguistic.

When we communicate with one another we enter the space of “reasons,” in the plural, and not “reason,” in the singular, because the history of philosophy shows that we must give up the quest for any overarching, substantive notion of Reason, whether handed down by God or deduced by Kant. There is no Reason itself, only individual reasons, shared by individual people who reason together while they communicate.

Habermas offers the best non-theistic account of rationality available, and, although I do not endorse it, I find it sufficiently plausible to worry that it is correct, and that there really is nothing more to say about the nature of reason. For what would it mean, in 2018, to endorse the idea that the norms of rationality emerge from human discourse? Our culture no longer seems to value reasoned discourse very much at all. This seems obvious when it comes to our politics, but it is becoming increasingly true in other spheres too, including the contemporary consumerist university.

Suppose that the norms of reasoning do emerge from the broader patterns of communication that prevail in a culture at large. So what happens when the culture at large treats reason-giving as unimportant, and is content even to efface the distinction between truth and falsehood? Unless we have some further story to tell about what gives reason its normative force, then we might find ourselves with no way to critique those who insist that might makes right. If that were to happen, the light of reason would not just be in eclipse, it would be extinguished altogether.

William Wood is a Fellow and Tutor in Theology at Oriel College, Oxford.