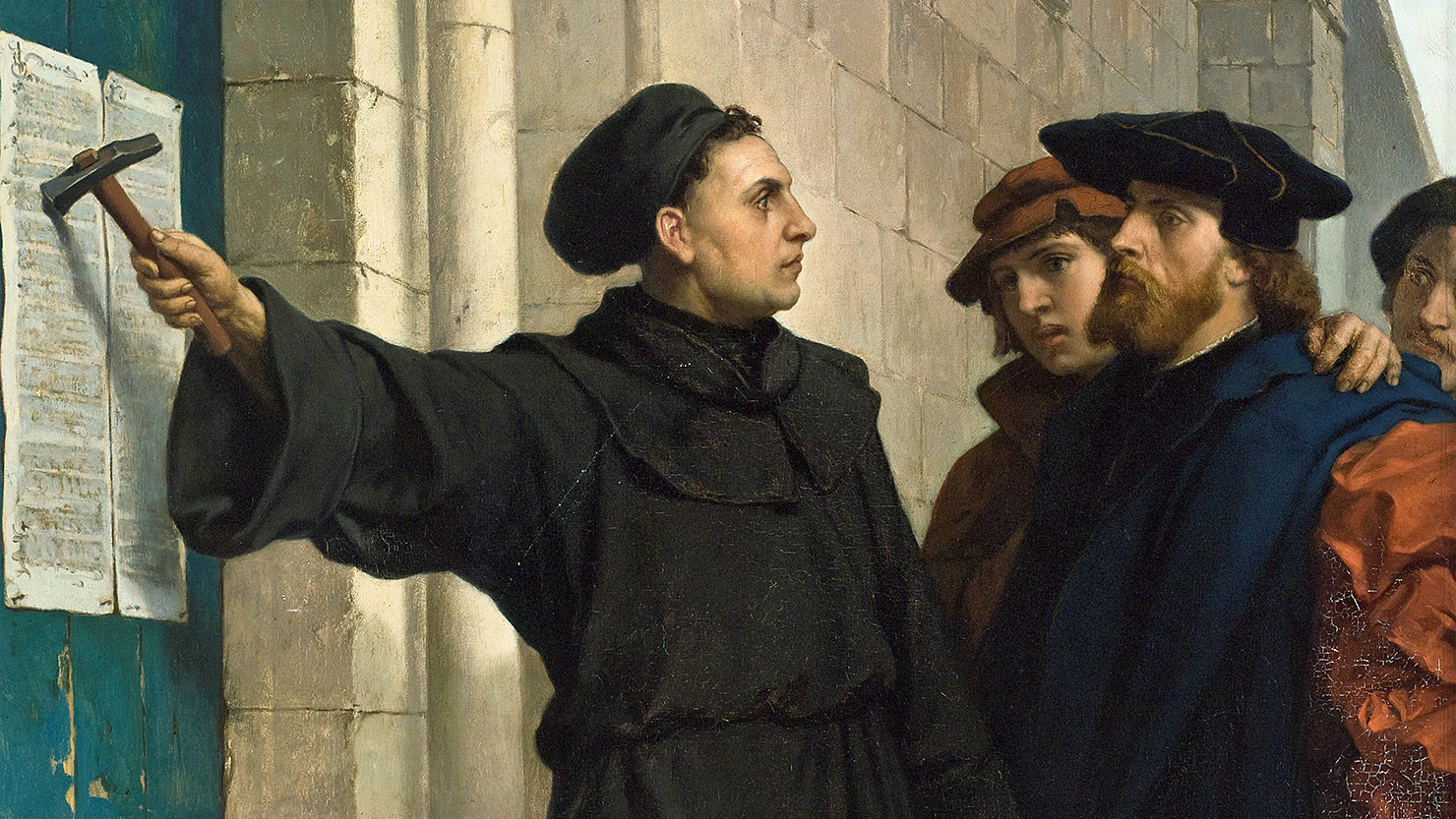 After the five hundredth anniversary of the Reformation and the first year of Donald Trump’s presidency, I find myself wondering about institutional insiders and outsiders. I wonder, in particular, about the appeal of outsiders and the status of being outside—what we might call outsiderness. What do we want outsiderness to give to us? Can it deliver on the promise of its appeal?

2017 was, in some ways, a year of reckoning for outsiderness. Donald Trump came to power as an outsider who refused the normal fundraising channels and incited chants to “drain the swamp” of corrupt Washington insiders. He built a populist base in part on the promise that, unbeholden to the institutions of money and power, he could work directly for the people without any mediating institutions (and certainly without the so-called “fake media”).

As the Trump presidency trundled through its first year, many Protestants at the same time marked the quincentenary of the Reformation, the birth of a new type of outsiderness to an institution historically central to Christianity. What has that outsiderness given Protestants? In an editorial published in the Washington Post on Reformation Day, Protestant ethicist (and, full disclosure, my Doktorvater) Stanley Hauerwas reflects that Protestants have gained what the Reformers wanted. Why remain Protestant, then? He answers the question by ending his essay in a salute to outsiderness, “I have the conviction that the ongoing change that the church needs means some of us must be Protestant to keep Catholics honest about their claim to the title of the one true Catholic Church. The Reformation may be coming to an end, but reform in the church is never-ending, requiring some to stand outside looking in.”

However Hauerwas intends his words to be received, the statement taps into a wider cultural prejudice for outsiders. In his short classic, Exit, Voice, and Loyalty, Albert Hirschmann points out that this story of outsiderness—what he calls “exit” as opposed to the insider’s “voice”—is deeply embedded in America’s self-representation. From the founding myth of disgruntled pilgrims settling a new land to the story of a nation moving West into a frontier imagined as untroubled by history, the story of America betrays what Hirschmann calls a persistent “preference for the neatness of exit over the messiness and heartbreak of voice.” And the appeal of exit and outsiderness continues today, as seen, among other places, in “quit-lit,” a genre in which people publicize their decision to exit jobs and institutions they have come to see as deeply problematic.

What do we make of the preference for exit over voice, outside over in? What I want is not to disparage exit and extol voice, nor necessarily privilege insiders above outsiders. I want instead to draw attention to the blindness and potential damage of this outsider prejudice, left unexamined. The prejudice obscures, for example, the way the categories of insider and outsider are much more complexly and continuously negotiated than any tidy division between them captures. What, for example, does it mean to call Hauerwas an outsider to the Catholic Church, when he teaches Catholic theology, has trained some of the most significant voices in Catholic theology, is close friends with important figures in the Catholic Church, has attended many Masses, and has himself spoken at more Catholic schools, conferences, and events than I could count? What kind of outsider, exactly, is he?

Similarly, what kind of “insider” is someone like Dorothy Day—a Catholic who, like the Dominicans, Franciscans, and Cistercians before her, began a reform movement in response to a sickness of the church? Critical of the bishops’ wealth and their silence on nuclear war, Day had such a fraught relationship with the institutional church that despite her significance and popularity at the time of her death, no bishops attended her funeral. (Times change: Now her cause for canonization has been put forward by the United States Conference of Catholic Bishops.)

As for Trump, the ironies of that politically-connected, white, male heir and real estate mogul claiming the status of outsider are too obvious to need explaining.

The point is that when dealing with institutions as vast and differentiated as the Catholic Church, the American government, or, say, the media, there are many different levels of power to which one can be inside or outside. Even smaller and less complex organizations have multiple circles of power. Moreover, sometimes the “outsider insider” status of someone like Dorothy Day can effect remarkable change from the margins, as an “insider outsider” like Hauerwas can in his proximity to other sources of power.

I raise this blindness because I worry about what happens when someone sees exit and voice, insider and outsider, as two flatly opposed options. I worry, in particular, about what happens to our institutions given our collective prejudice for outsiderness. What if we choose exit as a way of being unburdened by problematic institutions, of refusing responsibility for them? As Hirschmann puts it, “Why raise your voice in contradiction and get yourself into trouble as long as you can always remove yourself entirely from any given environment should it become too unpleasant?”

We’ve all heard the jokes about moving to Canada. Many of us have made those jokes. While I’m not all that concerned about a great exodus to our northern neighbor, I am concerned about the despair that causes us to give up on the institutions that maintain our democracy. What happens, Hirschmann asks, when most quality-conscious consumers exit? Voice is “fatally weakened” and institutional decline accelerates. My worry about the unbridled appeal of outsiderness is that it could lead to a situation in which we are all outsiders to democracy and the goods our (problematic) institutions yet help maintain. Perhaps the promise the outsider offers, in other words, requires a robust assembly of insiders, agitating to receive it.