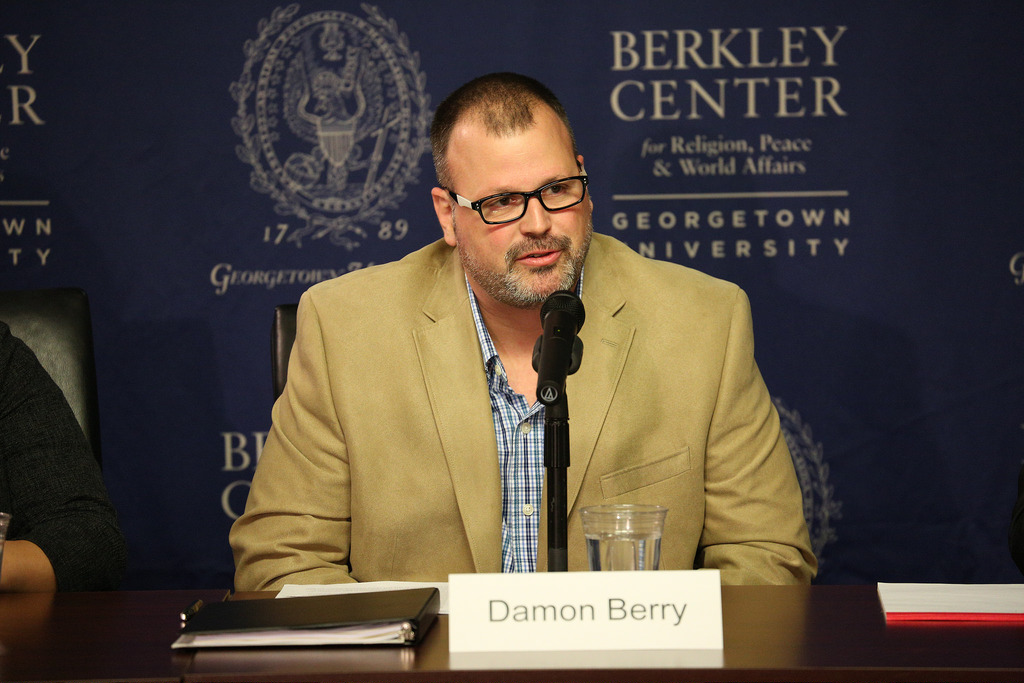 Race, religion, and politics have long shared a space in American discourse. In the 1920s, the Ku Klux Klan (KKK) took advantage of popular xenophobia to form a white fraternity organized to defend Anglo-Protestant America. In so doing, they developed a gospel of their own to support a unified political and social movement. But in less than 10 years the Klan was suffering from scandals and infighting that cost the organization its previously held national influence. Although the Klan of the 1920s declined in the 1930s, it left its mark in its ability to gather popular support for the racialized immigration restrictions of the Johnson-Reed Act of 1924 and in a rhetoric of religious and racial nationalism that long outlived it.

The alt-right has been compared to the KKK, often with less attention to the differences in the way the respective movements regard religion. Both movements now indelibly represent a perennial reactionary racism that speaks of white Americans as the true American species under threat from the alleged prolific breeding and predatory criminality of non-whites. But while the Klan of the 1920s was a national organization with established leadership, the alt-right is more of a milieu—decentralized, complex, and diverse. And while the Klan saw itself as a Protestant organization defending white America, the alt-right is not identified with any single religious perspective. In fact, the issue of religion is often handled carefully among those affiliated with the alt-right as a discourse that resembles that of secularized religious tolerance.

Beginning in the late 1960s, the most significant articulators of a new form of white racist activism that came to be called white nationalism have critiqued Christianity as fundamentally anti-white and therefore existentially dangerous to the white race. The fact that Christianity has its roots in Judaism was of course a source of contention, but more importantly, Christianity was seen by them as an alien religious ideology that had poisoned the racial consciousness of Europeans.

Intense debates ensued over the following decades between advocates of new racial religions, and even those who advocated for no religion at all, and racial activists who still held to racist and anti-Semitic forms of Christianity. In time these divisions over religion came to be seen by a new generation of white nationalists as endangering the larger project of securing the existence of their people and a future for white children. By 2010, some white nationalists were arguing that such schisms were counterproductive in pursuing the political goal of establishing an all-white homeland in North America. In addition to this concern, some worried that outright opposition to Christianity would alienate white conservative Christians who might be convinced to join white nationalists in common cause. But if white nationalists were to “red pill” those conservatives they had to present themselves as at least welcoming to those Christians.

More recently, conversations about accommodating racially conscious Christians have continued within the white identity sectors of the alt-right. For example, in a 2017 webisode of Radio 3Fourteen, Lana Lokteff, one of the leading women in the alt-right who identifies as pagan, interviewed Adam and Mary Grey, the hosts of a what they describe as a “pro-white, Christian podcast of the alt-right” titled Good Morning White America. Ms. Lokteff stated at the beginning of the episode that their conversation was making a “middle ground” between racially conscious pagans and pro-white Christians. At the conclusion of the episode she went on to say that debates about the esoteric are “futile at this time,” and that “it’s best to avoid arguing with anyone on our side about their spirituality.” Rather, she argued, the Alt-Right should “seek a happy medium.”

Two points emerge here. First, religion is not secondary to the ongoing development of the alt-right and white nationalism more broadly, but rather an important element in its political strategies. Understanding how various sectors of the alt-right are negotiating this topic is crucial. Second, regarding the longer trend, white Americans have been embroiled in the drama of race, religion, and reactionary politics in many ways throughout American history. Much of the academic work on this topic will need to be historical to make sense of the alt-right—the alt-right is likely history already. But what we need to consider is what form of white nationalism lies ahead of it and what role religion will play in its development and public presentation.

Damon Berry is an assistant professor of religious studies at St. Lawrence University