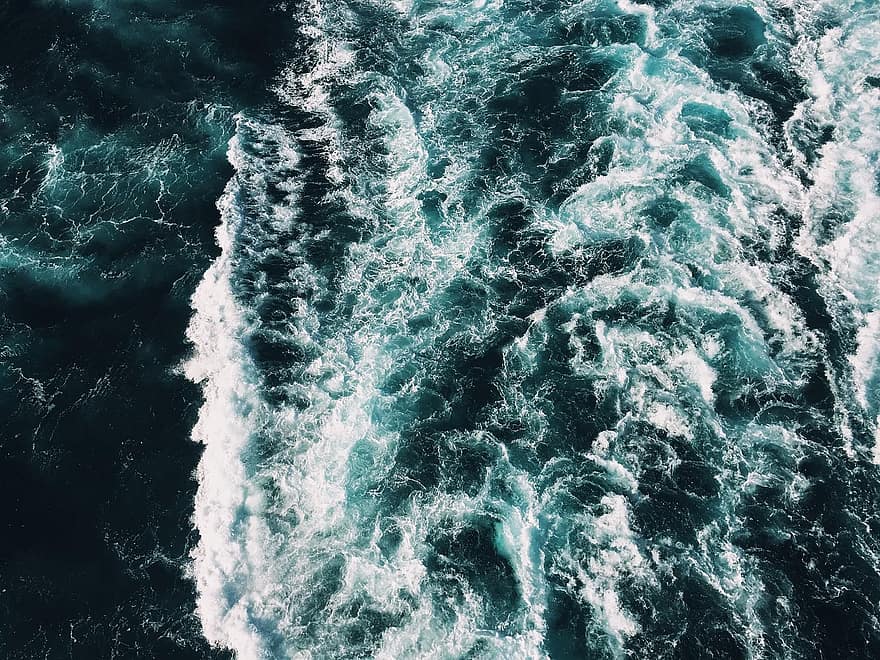 Although the sudden emergence of a novel form of coronavirus might bring Martin Luther to mind, it is revealing that many apparently secular voices are thinking along lines laid down by the venerable John Calvin. Not in the sense that gloomy declarations of “total depravity” are making a comeback, no matter the willingness of many political leaders to present themselves as examples (with some honorable exceptions), nor in the sense that the doctrine of double predestination is being used to explain why some live and others die (that would be bad theology; but, you know, give it time). It is more that scores of us are striving to make the global pandemic reasonable by fitting it into a larger, putatively coherent scheme. And supposing that once we grasp that scheme, there are lessons to be learned and benefits to be had. In Calvin’s language:

“[T]he Christian heart, since it has been thoroughly persuaded that all things happen by God’s plan, and that nothing takes place by chance, will ever look to him as the principal cause of things . . . Then the heart will not doubt that God’s singular providence keeps watch to preserve it, and will not suffer anything to happen but what may turn out to its good and salvation.” (Institutes, I.xvii.6)

Drop the word “Christian” and exchange “God” for fate, life, universe, world, or some other abstraction, and the logic becomes familiar. What is happening is not inexplicable, random, or devoid of meaning. Rather, it is part of a bigger picture, and even if that picture cannot quite be brought into focus — well, trust it is there, take the opportunity to think anew about the lives we lead, and begin to fashion a better future.

Although this might seem like a stretch, examples abound. We are telling ourselves, for instance, that the coronavirus and COVID-19 are the planet’s way of informing us that it has had enough, and that, at long last, we need to begin to exercise a modicum of ecological responsibility. Or, we are telling ourselves that, amid obvious stretches of pain and suffering, there is the chance to forge a new political landscape — say, one in which healthcare is not a privilege but a right; one which embraces a universal basic income; one which commits to fair compensation for health workers, trash collectors, grocery store clerks, schoolteachers, and so on; one in which an upsurge of “moral imagination” can help us to unlearn the habits of political tribalism. Or, we are telling ourselves that the thrill of communitas awaits rediscovery; that new kinds of “publics” are making themselves heard; that solitude and isolation, long avoided but now compelled, can teach us something about our individual and collective bodies and our relationship with God; that quarantine life can be hacked and turned into an occasion for working faster and smarter. And so on.

Not all such perspectives are salutary. Those who treat the pandemic as a spur to productivity (while perhaps blathering about “wellness”) seem to forget that this pandemic is making the rich richer and the poor poorer, while historically minoritized populations continue to suffer disproportionately. They also seem oblivious to the fact that white-collar ideologies mean little to those who work simply to survive. At the same time, many perspectives are more or less creditable, and are nourished by a sincere desire to help people make it through the next few days, weeks, months, and years. Since this is the hand we are being dealt, we should play it the best we can. Or, to turn back to Calvin — and remember, it is the logic of the counsel, not the content, that I judge to be in vogue: “our most merciful Father consoles us … in the very act of afflicting us with the cross he is providing for our salvation” (Institutes, III.viii.11). Why not take the provision when it comes? If we are lucky enough to avoid sickness — or, worse, have it foisted on us at the behest of those who serve the insatiable god of capital — why not make the best of a bad situation? Let us assume that one is able to think of “resilience” as a useful habit, as opposed to a self-aggrandizing demonstration of worth. Let us assume, too, that one can forgive oneself for failing to “keep it together” and for allowing days to slip away in a miasma of mediocre parenting, internet triviality, political malfeasance, and strained intimacies. Why not treat the pandemic as one more “teachable moment”?

But I have doubts about the perspective Calvin advances. And I am dubious about the logic employed by his secular descendants, who assure us that the crisis ultimately runs with the grain of the universe while serving up soundbite-sized “life-lessons” and quarantinis. I think we go astray when we try to circumvent the meaninglessness that characterizes this pandemic (and, yes, the next one), even as this meaninglessness complicates the meaningfulness that many believe to be inherent to Christian faith.

I think it is worth explaining my reasons for this stance.

First, I judge it important to say both that creation is “very good” and that creation is shot through with contingency and unpredictability. Does that imply that nonhuman creatures do their share of sinning, and that there is something like a cosmic fall? I am not ready to go that far. To ascribe malevolent intent to the coronavirus seems a stretch; it seems weirdly anthropocentric to think that the virus is out to get us. It is not. It is just doing what viruses do, and it will likely do so for quite some time.

My point is different. The plainly mythological account of creation offered at the beginning of Genesis tells us what the world is supposed to be, with and before God — a dynamic web of life, effortlessly loved into existence, joyously doing its thing. It assures us, further, that “goodness” is written into the basic code of the world in which we live. Yet this mythological state is obviously unavailable. It is lost, in the strongest sense of the word, and it is not ours to find. So even as we are afforded chances to glimpse the world’s beauty, we are not wrong to espy hazards and peril at the same time. (Calvin is good on this point – see Institutes, I.xvii.10). Some philosophers of religion will try to mollify us at this juncture. They will talk about “non-moral” and “natural evils,” and they will wax analytical about how volcanoes, tornados, mosquitoes, and viruses are parts of a world that is ultimately conducive to human flourishing. But I do not buy these lines of reasoning, and I do not think you should either. They are attempts to think the unthinkable, and to render the tragic dimensions of life … less-than-tragic.

The truth of the matter is otherwise. East of Eden, the world includes surd-like elements, and these come in a bewildering array of forms: sudden rockslides, incurable cancers, mosquito bites, a hard-charging virus, and more. If these elements of our world look incomprehensible and baffling to us, it is because they are. One can try to make sense of such things but, at the end of the day, they refuse every ascription of meaning. There is not any lesson to be learned; there is only a clutch of contingencies which we do well to worry about. Yes, God loves the world into existence, God preserves it with effortless care, and God guides it on its way. But that belief, sublime as it is, can and should run alongside an awareness that there are dimensions of this world that can and will do us harm, and for no reason that we can fathom.

Second, I think that human sin compounds the ambiguousness of creaturely existence. Stupid, imprudent, cruel, and unjust conduct is not going away; instead, it is likely to amplify the damage being wrought by the coronavirus. Odds-on, we will make a bad situation worse. And yes, claims like this do teeter on the edge of fatalism and pessimism. So we have to be careful. We must not lose sight of the interruptive event of grace, and we must not forget that there are better and worse responses to unforeseen crises (even when “better” is a lamentably long way from “best”). But the point holds. The ambivalences of the nonhuman created order are reliably overlaid by human folly, and that folly gives those nonhuman ambivalences a greater efficacy than they would otherwise have. A contemporary sage has it right, and painfully so in a time in which the idiocy of the “Great Re-Opening” (which will apparently transition this nation to greatness) is gaining ground: “Evil is a relay-sport / when the one who’s burnt / turns to pass the torch.”

Third, some (literal) good news: those who identify as Christians should cling to the belief that history, in the broadest sense, can and will make sense. They should know that the incarnation and the sending of the Spirit are the pivot around which everything turns. They should trust in the sublimity of passages like Colossians 1:15-19 and Romans 8:18-28. These are not hollow, if vaguely comforting, pieties; they describe what is really going on.

But does that undermine everything that I have written? I think not; it is intended as a difficult, but necessary complement. I am trying to commend an uncomfortable kind of  faithfulness — one that is no less Christian than that to which Calvin laid claim, and one that is both more honest and more realistic than much that is espoused by Calvin’s unwitting descendants. It is a matter of believing that what is happening now, in all of its unfolding horror and meaninglessness, should be set on a collision-course with a wide-angled view of history as under God’s providential care. It is a matter of understanding that Christian faith, now as ever, calls us to reckon with the reality of that collision — not to run from it, and not to try to soften its blow. On the one side, there is the surprising salvation of all things, effortlessly undertaken by God and variously received — sometimes gratefully, obediently, and delightedly, but more often than not, pitiably, grudgingly, and reluctantly. On the other side, there is an awareness that certain events tell us nothing about God’s superintendence of history, deriving only from creation’s inherent contingencies and our ongoing determination to test God’s patience. This is an awareness that the “futility” to which creation is subjected (Romans 8:20) is an unbudging and unovercome-able fact of creature life — a standing rebuke to the ardent hope that “all will be well.”

I know, it is an awful and unresolvable dialectic. And while it is not novel — and it really is not: scratch the surface and you will find yourself in the company of Paul Tillich, the brothers Niebuhr, and Karl Barth, with Sarah Coakley, Serene Jones, Dolores Williams, and others in the next room — it is cold comfort in desperate times. But I think it is a dialectic that we should reckon with and, perhaps, a dialectic that we should live into. The faith to which we are called, secularly and Christianly, is not that of the great John Calvin. It is the faith of those whose trust in God goes hand in hand with the awareness that “in much wisdom there is much vexation, and that those who increase knowledge increase sorrow” (Ecclesiastes 1:18b) — the faith of those who find comfort and discomfort in meaninglessness.

Paul Dafydd Jones is an associate professor of Religious Studies at the University of Virginia and the co-director of the Religion and Its Publics project. This article was originally posted on the Canopy Forum.