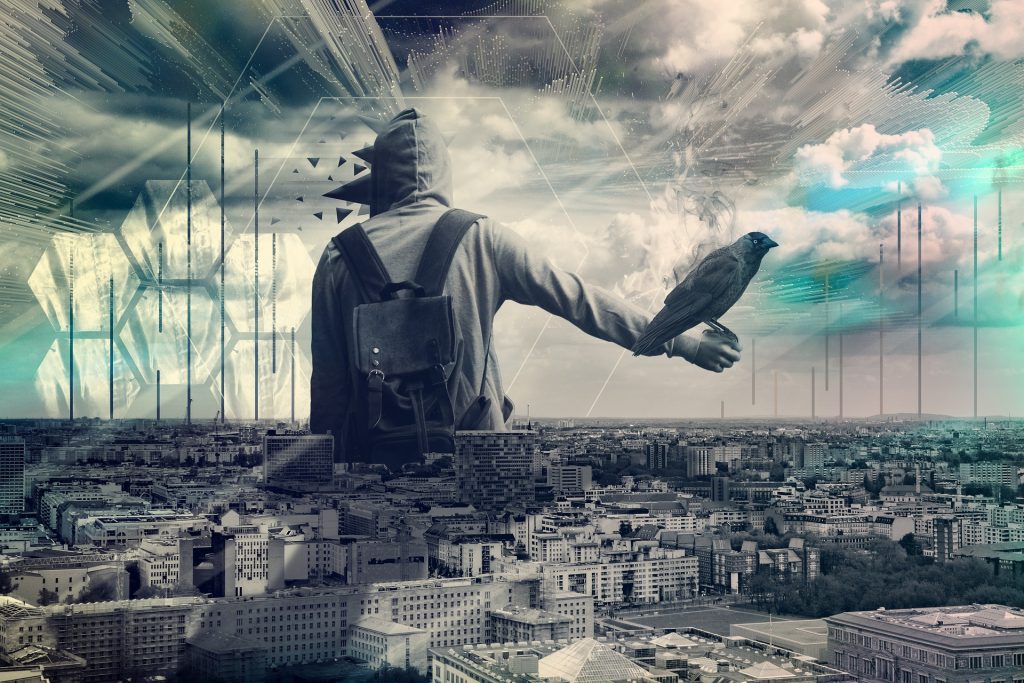 A response to this piece was posted by Hannah Schell, Professor of Philosophy and Religious Studies at Monmouth College, entitled “Beyond ‘Warm and Fuzzy’ Mentoring” (January 15, 2018). Read Schell’s brief introduction to the response and find a link to the full response below:

“Shelli Poe’s recent post, “Using Religion? Higher Ed, Vocation, and Systemic Justice,” raises some serious questions that need to be considered by people engaged in the development and implementation of programs focused on the “vocational discernment” for undergraduates. For my response to Shelli’s blog, and for some thoughts about the implications on vocation-centered programs, please see my post at VocationMatters.org.”

Millennials, it turns out, have been maligned. They’re not as politically and socially passive as they have been depicted; in fact, they believe in volunteering, and they want their employment to make a meaningful difference in the world. Yet, according to the Harvard Public Opinion Project Spring 2017 Survey, Millennials are less likely than previous generations to run for public office or engage in direct political action.

While I don’t put too much stock in such generalizations or appreciate stereotyping entire generations, such surveys can offer an opportunity for reflection on young people’s civic engagement. As the director of a vocational inquiry program at a small liberal arts institution, it’s especially important for me to help students link the academic work they are undertaking in preparation for their intended careers with their social responsibilities in the wider world. There are a number of ways to do that, through coursework, community engaged learning, internships, and co-curricular experiences.

Complicating the picture, however, we are also told that Millennials want to feel, or they do feel, special. To some degree, this desire spans generations. But its apparent prevalence among current college students can present a special set of opportunities or challenges for those engaged in vocational inquiry programs.

Some institutions of higher education, drawing on their histories, might take to religion as a way to both forge the connection between individual careers and social ethics, and to capitalize on Millennials’ desire for “the feels.” In this effort, they could employ a common (though not altogether nuanced) portrayal of Martin Luther, himself often presented as a singular hero of history, to tout the special calling of each unique individual: it is not only the priest, minister, or monk who has a call from God, but also the bus driver, the barkeep, the barista, and the business woman.  Each person has work to do that, as John Cotton would say within an American context, in serving humanity will also serve God.

This much might just as well be true. But institutions of higher education sometimes go even further to assure students that, should they matriculate, the institution will help them find their true, God-given, unique calling, in just four years’ time.

My situation, both theologically and institutionally, is rather different. I study the work of Friedrich Schleiermacher, whose thought is not very amenable to drawing out the God-given vocations of individuals as individuals. For Schleiermacher, divine providence includes individuals only insofar as they are part of communities within the created nexus of life. The individual person—though invaluable in worth and dignity, and to be respected as such—is where she is, doing what she is doing, because of a great web of interconnections that, in so many ways, have nothing particularly to do with her. While Schleiermacher acknowledges that individuals have a feeling of partial freedom, he also has a very keen sense of the conditions and communities within which individuals exist and act.

Vocational inquiry, in this context, would not seem to be a situation that calls for individuals to engage, in a sentimental usage of Frederick Buechner’s work, in profound introspection about the meeting place of “my deep gladness” and “the world’s deep need”. Instead, vocational inquiry might look like a) a simple recognition that we—special as we may be—only exist and act in relation to others within certain structures of nature and society, b) a subsequent study of and engagement with those complex relations, and c) sustained, collective, systemic efforts toward the establishment of a just society.

In short, Schleiermacher’s way of thinking might encourage students to avoid individualistic characterizations of self and one’s relation to the world, and atomistic understandings of social forces. Individualism and atomism are ways of understanding self and world that can motivate students to engage in volunteering efforts and help them feel that they are making a difference, but these efforts and feelings are not likely to have a lasting or transformative impact on the structures of society.

The mismatch between Schleiermacher’s thought and the desires of Millennial students to hear in institutions of higher education about their unique and irreplaceable calling might seem unfortunate. Because of this mismatch, I am not able to tell my students that I will use my research interests to help them intellectually frame and then find that one thing that only they can do, which will visibly make a monumental difference in the world, and be accompanied by all the gravitas that God-talk can summon. I am not able to capitalize on their desire to feel especially called-out, unique, and important.

The great advantage of the mismatch, however, is that I can ask my students to consider their involvement in the world as one piece of humanity’s collaborative work. This might lead me to say (or at least think) things like, “Your deep gladness, discerned in your prayer closet, is probably not all that important to your future employers.” And, “The ‘world’s deep need’ is so unfathomably complex that you will not be able to diagnose any portion of it properly until you are much older, if at all; and even then you will not be able to satisfy that need by yourself.” And even, “God isn’t going to intervene in your life on account of the deepest desires of your heart, placing opportunities in front of you that will become your existential fulfillment.” Admittedly, none of these remarks are warm and fuzzy. I have no “feels.”

But the earlier students can understand that identifying the confluence of their “deep gladness” and the world’s “deep need” is exceedingly difficult and has nothing to do with being adequately equipped for a career within that confluence, the better. And the more they come to see themselves as part of a landscape over which they have limited control or influence, the less they might feel the weight of the world on their shoulders, as though its salvation depends on them alone. Hopefully, they may come to simply open their eyes to the world around them and begin to investigate the complexity of the structures within which they live. They might find structures that need challenging or further development, and this, in turn, might lead to actions that make systemic, rather than ad hoc, change.

Will this perspective on vocational inquiry help institutions of higher education form Millennials and future generations of students who will become politically engaged in more ways than posting on social media? Will it lead to responsible entrepreneurship rather than simply volunteering after-hours? Will it get them out of the chaplain’s office (fine as that might be, for a time) and into the lab? Perhaps, at least, it could help students’ educators and mentors avoid using religion to keep students’ insulating and isolating blinders on, and get them engaged in systemic efforts toward justice.

Shelli M. Poe is Assistant Professor of Religious Studies and Director of Vocation, Ethics, and Society and the Director of the Initiative of Vocational Inquiry at Millsaps College.