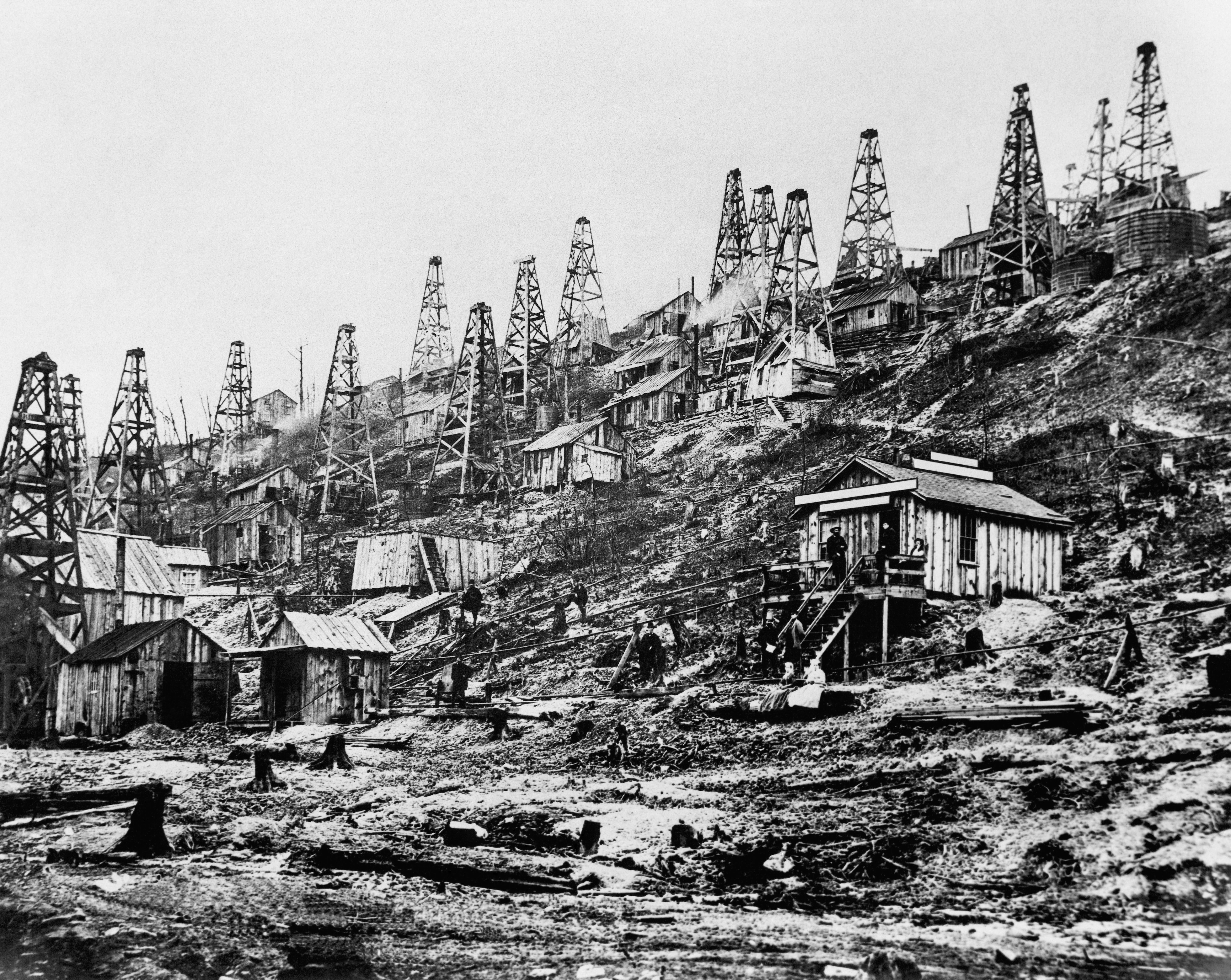 Editor’s Note: This is the fourth and final response to Darren Dochuk’s Anointed with Oil: How Christianity and Crude Made Modern America, the subject of a roundtable discussion held at UVA in April 2019. The other three responses are by Brittany Acors, Matthew Hedstrom, and Kevin Stewart Rose, and Dochuk offered a response to the responses as well.

Darren Dochuk’s Anointed with Oil deserves all the praise it is going to get. I hope it receives the interest it deserves too. Dochuk’s book is a properly imaginative and trenchantly analytic contribution to the growing body of work on religion and capitalism. It will, no doubt, rise to the top and outlast many of its competitors for our attention.

The book seems written for a general audience, or in any case it could be appreciated by a general audience. In some ways, it is a very traditional account of 19th and 20th century Protestants as they have been portrayed historiographically from new and old lights (speaking theologically), to mainline and evangelical (speaking ecclesiastically), and liberal and conservative (speaking politically). In other words, this book brilliantly overlays onto the history of oil extraction the history of the two main ecclesiastical divisions of U.S. Protestantism.

Dochuk’s contribution to that historiography is to extend it, through socio-historical methods, to a population heretofore neglected: small-town, heroically dreaming capitalists. But his account also includes commonly neglected geographical regions and religions: Oklahoma, California and Texas wildcat Christians with Pentecostal habits and the social gospelers among them, for example. True to his promise, Dochuk has shown how Protestant interaction with oil illuminates the “wider permutations of religious experience, identity and belonging [when] tied to . . .  notions of and encounters with land and its resources.”  In this respect, he validates Sidney Mead’s insight (also neglected) that “time was not the most significant element in the development of the American way” (The Lively Experiment ). Anointed by Oil shows how ideas (including religious ones) and people and events are shaped by space and territory, land and even earth.

One of the book’s more poetic reflections comes from a mediation on the sublime features of the earthiness of oil, its “primordial” qualities and the “fantasies of a new age.” This poetry is not unrelated to the book’s master narrative about capitalism in relation to environmental concerns. But there are others better prepared to speak to that dimension of the project. I will simply observe that these reflections show something is at work here besides what Dochuk calls “evangelicalism’s fiscal values.”  There were also romanticist and spiritualist conceptions animating the extraction of “black gold.” These conceptions add depth to what otherwise would be simply another Weberian history articulated in the language of modern American capitalism.

Buried in the notes is Dochuk’s most concise statement of his purpose; namely, to connect “the neoliberal strain witnessed in modern evangelicalism to the unique fantasies and functions of one particular commodity” (p. 579, note 2). This will, he wagers, show what is distinctive about oil as an extractive form of capitalism and reveal why oil production was easily accommodated by evangelicalism’s fiscal values. Thus, by tracing the history of oil extraction in the United States, he hopes to reveal “a Christian capitalist ethic that defies overbearing calculation and order and harbors a remarkable capacity—indeed hunger—for risk” (Ibid.).  In other words, the “work ethic” of both “wildcatter” and “major oil” Protestants was informed by a desire for risk that defies Weberian definition. But, it seems to me, that desire was also religious because it was inspired by oil’s earthy sublimity and the promise of power wrested from the earth. This is a Promethean story and tells us something about the nature of religion, not merely its history.

To focus as I have on the analytic aspect of the book can obscure many of its literary virtues. Dochuk offers us a brilliant narrative with a memorable cast of characters and corporations. The book is not unlike a Russian novel, both in the number and dramatic appeal of its players. Notwithstanding its seriousness, there is wit throughout. I am very glad to have met Patillo Higgins, “Columbus Dad” Joiner (the Patillo Higgins of his generation), and Daisy Bradford. Given its subject, it is predictably a manly book about manly men and women. But rather than complaining that there are so few women, I hope reviewers appreciate how any at all were found engaged in this enterprise, and that the ones found are featured in the story. Race, too, is accounted for in the actions of derrick-owning Indian tribes and multiple depredations against and lynching of African American oil workers.

The book is never dull; even its illustrations are not merely decorative but extend the text’s argument. Neither is the book ever really about the past. The present is very much in view whatever decade is being discussed, especially in the final chapters on oil’s role in American foreign policy and diplomacy. I need hardly say Dochuk’s book is a compelling story of America’s fortunes and misfortunes, economic and moral. Still, “crude-oil religion” is more assumed from social context than defined. It is hard to tell whether the “majors” and “wildcatters” were actually religious or whether they merely spoke its language, as the lingua franca of their day. I am not asking if they were sincere. I am asking whether, for all that we learn of oil’s mystery and marketing, this book has something to say about religion? But to ask this question may be to ask for a different book. So, let me conclude with the observation that Anointed with Oil is such a sophisticated history that it invites a variety of disciplinary questions. For that, too, I thank the author.

Kathleen Flake is the Richard Lyman Bushman Professor of Mormon Studies at the University of Virginia.