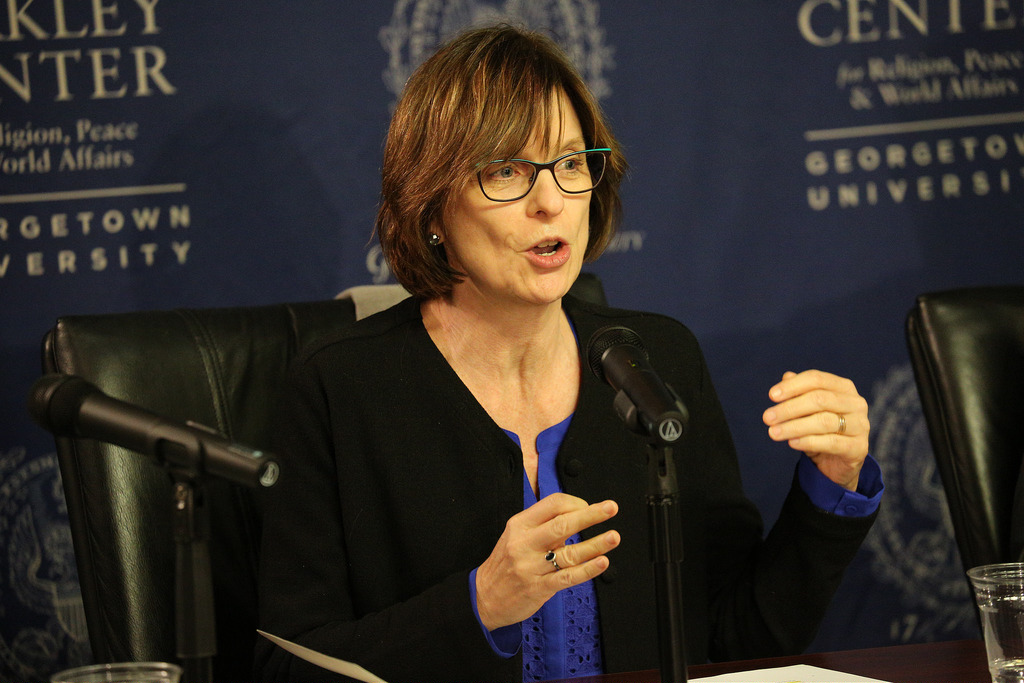 The official representatives of American evangelicalism have been almost uniformly opposed to the Alt-Right—issuing statements, condemnations, and disavowals. Since the alt-right protest in Charlottesville in 2017, in which one counter-protester was killed, Christianity Today, for example, has had a drumbeat of denunciations of the alt-right, with interviews and opinion from Christian commentators, both people of color and white, who have expressed themselves as appalled in every way. The Gospel Coalition has also repeatedly condemned the alt-right, with long articles explaining what is wrong with its theology, its politics, and its reasoning. Indeed, months before Charlottesville, in June 2017, the Southern Baptist Convention passed a resolution condemning the alt-right—although this only happened after the resolution had initially died in committee.  There are numerous other examples.

But the issue is more complicated, and understanding it requires more than attending to the statements of evangelical leaders. To unpack how the alt-right’s virulently racist politics might seem plausible to white evangelical Christians whose leadership is busily denouncing those very views, we need to understand the development of anti-immigrant and anti-Muslim stances that are common today among white evangelicals. (Of course, not all evangelicals are white, and the percentage of evangelicals of color is going up, but I focus on white evangelicals here.) If we want to unpack the racial politics of conservative white evangelicals, we need to understand more about what Paul Harvey has described as the “folk theology” of race and identity. Harvey was referring to the theological arguments that undergirded support for segregation among white American Christians in the mid-century twentieth century, such as the specious notion of the “curse of Ham,” but his approach to the ordinary theologies of race is useful for understanding the appeal of the alt-right today.

For more than 50 years, there has​ been a cultural narrative about the global persecution of Christians that has infused a great deal of evangelical culture and activism. In the immediate post-WWII period, that was largely a discourse about Christians as persecuted by communism. After the end of the Cold War, evangelicals in the United States and globally focused their missionary attention and their political concerns on the “10/40 Window”—an area between 10 and 40 degrees latitude in which it was said that people were “enslaved” by Hinduism, Buddhism, or Islam. That was linked to another development: increasingly, as American believers came to realize that the demographic center of Christianity lay in the Global South, and as they (like everyone else) had increasing access to information about the rest of the world, they paid more attention to news about Christians in the Middle East, Africa, or elsewhere. Often, in Christian media and on evangelical websites like OpenDoors.org, or in the yearly International Day of Prayer for the Persecuted Church, the news focused on the ways that believers elsewhere suffered for their faith.

This recognition and embrace of Global South “persecuted Christians” as part of the global Christian community has a number of effects. It certainly has increased support for Christian communities that are facing violence or threats in the Middle East and Africa. And sometimes it has led American believers to attend to the multiple crises affecting Global South communities, including needs for clean water or healthcare. But it also has the effect of helping Americans to identify themselves, as Christians, as part of a globally oppressed or marginalized group. Thus, we can arrive at the shocking reality that, in 2017, 57 percent of white U.S. evangelicals told pollsters that they believe American Christians face a great deal of discrimination today, while only 44 percent said the same was true of Muslims. That is, the idea of Christians as victims on the international stage encourages a sense of aggrieved marginality among white American evangelicals.

Feeling that one is part of a persecuted community might be a long way from joining the alt-right, but we do know how the alt-right and the populist right in Europe uses this, plays upon it, and amplifies it—with the anti-sharia law campaigns and the attacks on Muslims who are running for Congress.

The alt-right can count on people to find something compelling in narratives of their own victimization. There is a resonance, I’m arguing, between a Christian evangelical embrace of the issue of Christian persecution and the demonization of Muslims that is part of thecommon sense of the alt-right.

We have to look at this reality—and I think conservative Christians need to look at it as well. It is not enough for Christianity Today or the Southern Baptist Convention to condemn the alt-right, as important as that is. It is also important for evangelicals to consider the parts of their own self-conception and their own folk theology that are portable into the logic of alt-right racism and anti-Muslim hostility.

Melani McAlister is an associate professor of American studies and international affairs at George Washington University.