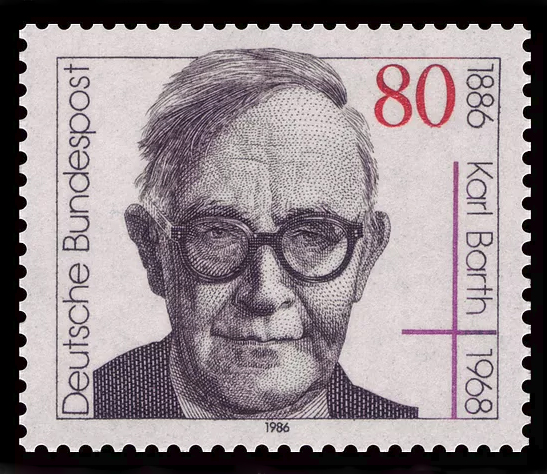 What should an academic Christian theologian do in this context? How might his or her work encourage the enhancement of life in unsettled times? Karl Barth, a guiding voice in my research, offered an intriguing answer to such questions in Theological Existence Today!, which was written soon after the Nazis seized power in 1933:

I endeavor to carry on theology, and only theology, now as previously, and as if nothing had happened. Perhaps there is a slightly increased tone, but without direct allusions: something like the chanting of the hours by the Benedictines nearby in the Maria Laach, which goes on undoubtedly without break or interruption, pursuing the even tenor of its way even in the Third Reich.

A recipe for political quietism? Certainly not. For Barth, a principal task of Christian theology was the toppling of idols, of which demagogic strongmen are an exemplary instance. This does not mean, however, that theologians ought necessarily to busy themselves with literal or figurative hammers. Barth favored a different approach: a style of theological writing that, in refusing to esteem that which is ethically and politically inexcusable, in declining to “normalize” the new status quo, focuses attention on the future that God promises,and provides a thick description of what it means for human beings to turn their backs on sin and commit themselves to realizing the “two commandments” on which “hang all the law and the prophets”: love of God and love of neighbor (Matthew 22:34-40). Theological reflection and political resistance, at this point, form two sides of the same coin; they motivate a style of writing that traces the shape of a spiritual counter-world, in order that those who encounter it might – should God so will – play their part in transforming the quotidian in which they exist. To be sure, none of this helps citizens decide how they should vote, or how they should comply (or not comply) with discrete laws, policies, and programs. Yet a theology that can’t be easily “operationalized” is a theology that stands some chance of resisting cooptation, and – at least in principle – urges individuals and communities to act differently in the here and now.

So: should Christian theology today follow Barth’s lead? Ought theologians committed to the project of enhancing life to proceed “as if nothing has happened”? Bracketing the vexed issue of whether the political situation today is analogous to the 1930s, there is here a deep and difficult question about whether theological discourse and rhetoric, which proceeds “without direct allusions” and does not dwell on particulars, is the right way to encourage political engagement and activity. And this isn’t a question that theologians may dodge. If we are committed to the enhancement of life, we have to reckon with the possibility that certain forms of intellectual activity amount to academicism of the worst kind – a mere spinning of the wheels, a self-indulgent instance of cerebral escapism. Indeed, the last fifty years have been marked by a glorious array of liberationist theologies, which forcefully insist on direct allusions, given longstanding patterns of discrimination, and which fulfil the prophetic mandate ingredient to Christian theology by speaking truth to power in very concrete, targeted ways.

However, I remain convinced that Barth recognized something of abiding importance. A theology without “direct allusions” needn’t be a theology divorced from context; it can still address that context, and it can play some part in trying to transform it, operating in tandem with liberationist projects. Marx’s admonition notwithstanding, interpretations of the world can have the purpose of changing it – especially when that world that is described is a counter-world, linked to a spirituality that stands apart from the quotidian in which we live. (The Nazi regime, incidentally, had some sense of this: Theological Existence Today! was banned in July 1934, and Barth was later expelled from Germany.)

This brings me back to my current research on patience. Rather than being a “merely academic” concern, the last few months have led me to believe, more than ever before, that this motif can help us address the present political moment. It affords us an opportunity to think about the counter-world that God holds forth, while alsobringing diverse ethical and political obligations into focus.

First, I believe that patience as endurance is a virtue that is important to cultivate. If the scriptures present endurance as a matter of holding on to one’s faith and one’s character, some theologians – Augustine of Hippo, in particular – have also suggested that endurance entails suffering a political context that one would likely not choose. One endures in light of the belief that this political context comprises, in somemysteriousway, an episode in the still-unfolding historical drama that God oversees. Does this bespeak a fatalist attitude, wherein all events are treated as an expression of God’s sovereign will? Absolutely not. Belief in providence oughtn’t be complemented with the belief that God approveseverything that happens, nor need it be accompanied with a diminished sense of human beings’ responsibility to challenge injustice. My point is different. Patience as endurance means reckoning with the world as it is. It means avoiding the delights of a constant state of indignation, granting that the arc of history bends in ways that we cannot anticipate or understand, and recommitting oneself to the counter-world that God reveals.

This brings me to a second point. In an unsettled context, patience as perseverance ensures that endurance of the world doesn’t become acquiescence to the world. In Hebrews, perseverance is described in terms of a quiet grittiness, born of a community’s focus on Jesus, which enables us to “run the race…set before us” and helps us to “lift your drooping hands and strengthen your weak knees.” In the months and years to come, something of this grittiness may well be needed, especially among those who identify with the religious left. While the ascendance of a range of reactionary voices can serve as a goad to action, disappointments, setbacks, and some degree of failure is likely forthcoming. The challenge, then, will be to hold fast to the counter-world that Jesus launched, and to persist in believing thiscounter-world will prevail. Indeed, we need to understand that the bleaker chapters of human history are rarely closed in a hurry. Their ending depends on something different: the quiet toil of committed individuals and communities, whose basic modus operandi is to keep going, and whose constancy and industry is an analogue of God’s own.

Third and finally, I would commend impatience as a virtue. That word sits a bit uneasily alongside talk of endurance and perseverance, but valuably so. It names the way in which God’s counter-world is provocative of action that refuses to accept injustice, and which makes good on God’s patience – the patience that gives human beings the time and space to work out how we are – by hurrying, sometimes intemperately, towards the future that God promises to us. The last few years have seen salutary instances of such impatience. Think of the Black Lives Matter movement; think of the protestors gathered at Standing Rock; think also of those, from a variety of political backgrounds, who are readying for the Women’s March on Washington. The impatience exhibited here is of a kind that Christians can surely appreciate: it bears obvious resemblance to our wait for the Kingdom, a time and space in which the sick are cured, the marginalized are embraced, and, at long last, the “poor have good news” (Luke 7:22). Absent impatience, endurance and perseverance cannot flourish—they lack for purpose and passion. But with impatience flanking them, we have a trio of virtues that might help us prepare for the journey ahead, with an end-destination being the enhancement of life for all.

Paul Dafydd Jones is Associate Professor of Religious Studies at the University of Virginia, and Co-Director for Religion and its Publics.