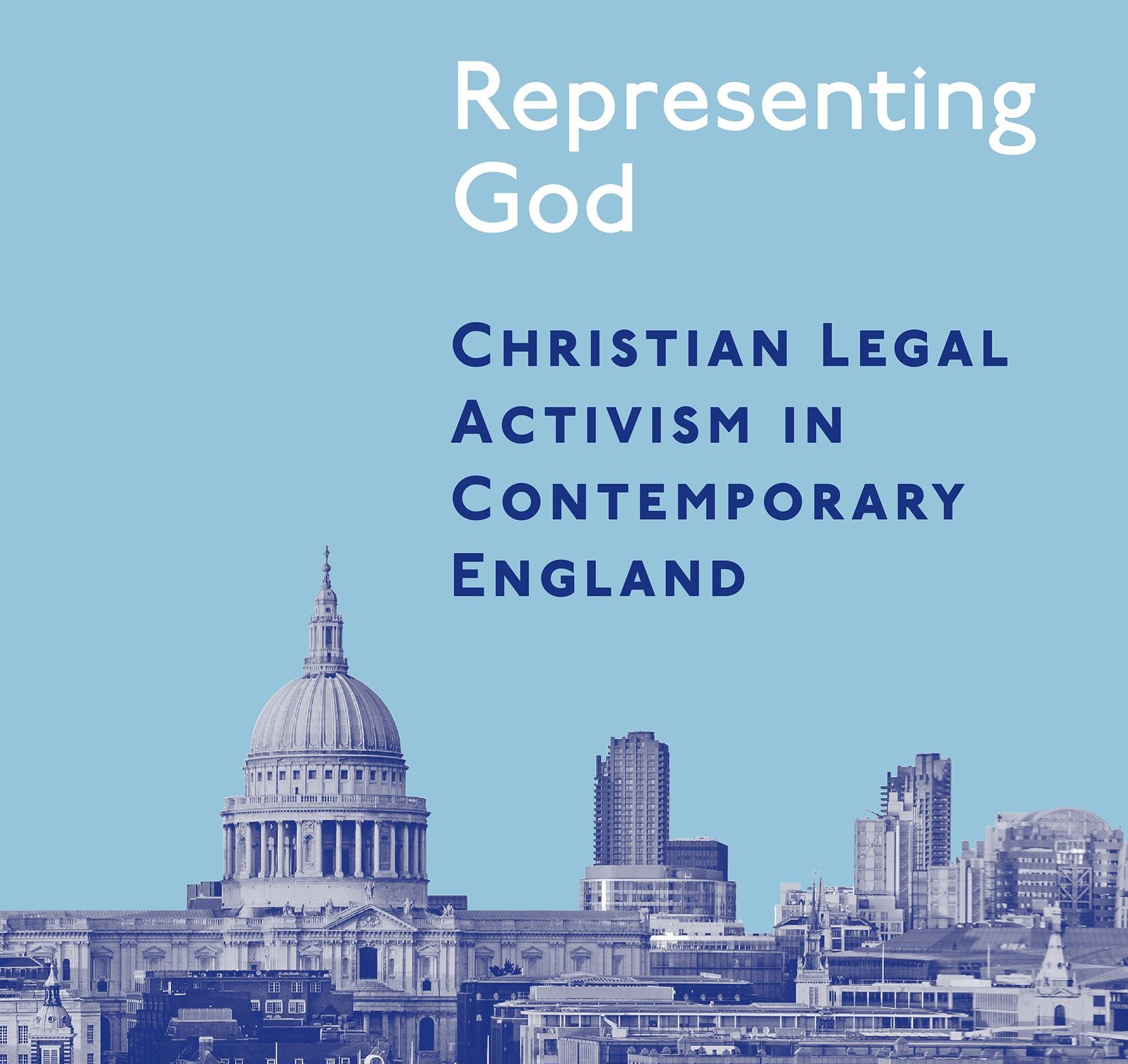 How is it, with centuries of political establishment, that Christians in contemporary England have come to feel that they are an embattled minority? Or, better, what does this perception of hostility sound, feel, look, and taste like? As brilliantly explored by Méadhbh McIvor, it turns out that it tastes like Carol’s homemade chocolate biscuits stuffed with buttercream.

In her new book Representing God: Christian Legal Activism in Contemporary England, McIvor develops a dual site ethnography of socially conservative evangelical Protestants to examine the political theological strategies that these Christians deploy in responding to secular hostility (real and perceived). Deploying an anthropological sensibility, McIvor offers a sympathetic portrait that surfaces divergent tactics as English evangelicals attempt to defend their legal and cultural power. Central to McIvor’s argument is an insight that the means of expanding the reach of legal power is actually at odds with the aim of cultural influence. In her words, “This book argues that a willingness to take on legal challenges to protect Christian values risks those same values’ marginalisation, as moralities previously woven into the fabric of national life are filtered out from their quotidian context and rebranded as ‘religion’ or ‘religiously motivated’” (4).

Legal activism, drawn from a US playbook but deployed in British and European courts, is the primary locus of McIvor’s study. Her two London sites—Christian Concern, a legal advocacy organization, and Christ Church, an evangelical Anglican parish— share a common sense of embattlement as well as a drive to evangelize their secular neighbors. Nevertheless, McIvor finds distinctive approaches of engagement in responses to the sense of threat from a “hostile world.”

The conflicting approaches are rooted, in McIvor’s account, in the long-standing tension in Christian theology between grace and law. Evangelicals, operating firmly within the Reformation rejection of salvation by merit of works, emphasize that grace facilitates an interior change. Thus, external symbols of religiosity—the stuff of the religious freedom cases that Christian Concern often takes up—occupy an ambivalent place in their praxis as well as English law. Because external symbols are not required by this religion of grace, they are thereby not protected by laws protecting the manifestation of religious belief, such as Article 9 of the Human Rights Act. This becomes a problem when evangelicals do manifest their internal belief in ways that offend secular sensibilities: wearing a purity ring or a baptismal cross, displaying graphic depictions of abortions, spanking their children, and so on.

The right to manifest religious belief, encoded in British law and the European Convention on Human Rights, operates ambivalently in the minds of McIvor’s subjects as simultaneously a gift of the Christian heritage and a problematic outgrowth of humanistic principles. Christian Concern utilizes the legal apparatus of rights to pursue its cases, even while it critiques that apparatus as rooted in a godless rejection of biblical values. These evangelicals take particular exception to the individualism of rights claims, especially as they are taken up in cases of abortion and sexual identity.

Whereas Christian Concern deploys rights instrumentally to spread the Gospel, Christ Church rejects rights discourse in favor of forms of relational evangelism. Christ Church members, it would seem, conclude that they cannot have it both ways and they opt for a gospel of grace. They eschew rights claims due to the deleterious impact they seem to have on the possible conversion of nonbelievers. As McIvor puts it, “the members of Christ Church are encouraged to go against the grain, prioritising their gospel-spreading relationships over and above their own desires and freedoms” (114).

McIvor’s descriptively rich portrait of London evangelicals offers sophisticated theoretical interventions. While deeply conversant with current anthropological theory, McIvor keeps most of these references in the footnotes, allowing her vivid descriptions of her case to do the primary theoretical work. Foremost among such interventions, however, is the fact that McIvor’s account frustrates any simple secularization story. The background shift that she explores is one of relativization of belief, what Charles Taylor described as “a move from a society where belief in God is unchallenged and indeed, unproblematic, to one in which it is understood to be one option among others, and frequently not the easiest to embrace” (A Secular Age, 3). McIvor’s work centers on this final clause: it is not easy for the evangelicals whom she lived among to practice their faith with sincerity in a society that retains only vestiges of Christian legal hegemony without its cultural power.

McIvor’s book is exemplary in many respects. It offers an insightful look inside the world of English evangelicals. It charts a course that others might follow in exploring not only legal activism, but how such activism is understood within parallel communities. And, especially notable to me, McIvor demonstrates theological awareness while remaining squarely anthropological in her approach. McIvor’s study is especially insightful on the relationship between grace and law, and how the Reformation sensibilities of English evangelicals introduces a basic contradiction into their political theology. One step beyond this primary argument, I was also interested in the overbearing doctrine of election that framed her interlocutor’s understanding of grace and law. It is their unshakeable assurance that God has chosen England as the bearer of salvation that animates both their resentment in the face of the decline of cultural influence and their commitment to the legal enshrinement of Christian supremacy. As theologian Willie James Jennings has shown, this supersessionist heresy that would replace Israel’s election with England’s lies at the heart of the colonial project. It is beyond the scope of McIvor’s work, but it strikes me that this assurance plays a key role in the feeling of hostility that she so ably explores.

While McIvor preserves an anthropological distance from normative evaluation of her research subjects, she does press her argument that there is a fundamental misalignment between these Christian’s means and ends. In her own words, “Cases and campaigns emphasising the ‘religious’ nature of certain beliefs and practices risk constructing these phenomena as the niche interests of a legally-defined minority group; and the interests of a minority are, by definition, set apart from the concerns of most Britons” (142). By comparing the political theological tactics of her two sites, she concludes that evangelicals wishing to spread their Gospel would do better to relinquish the vestiges of state legal power and instead focus on relational strategies of conversion (which includes, apparently, lots of delicious baked goods).

Kyle Lambelet is assistant professor in the practice of theology and ethics at Emory University’s Candler School of Theology.