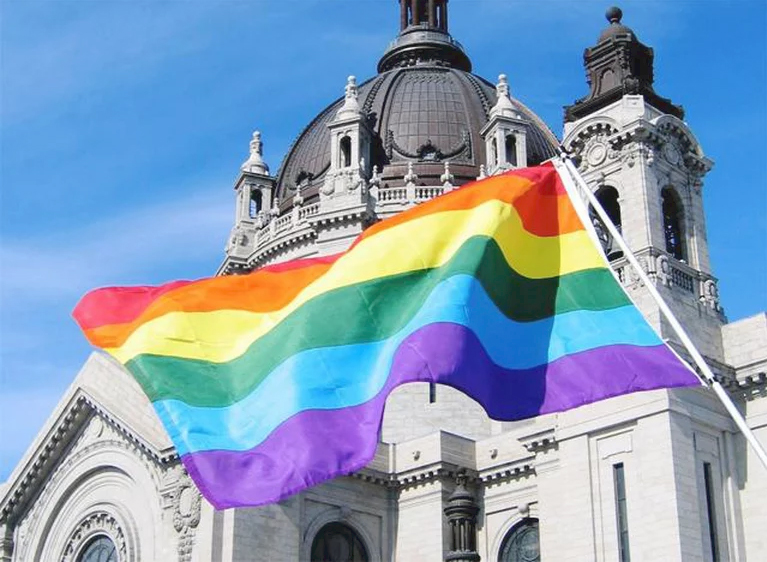 What a difference a decade makes. In 2001 a clear majority of Americans opposed same-sex marriage. The Defense of Marriage Act (DOMA) reserved federal recognition of marriage to one man, one woman, and there was barely a major religious group that supported anything other. Buddhists were the outliers.
In 2003 the election of a gay man as the bishop of New Hampshire ignited a theological firestorm in the Episcopal Church and worldwide Anglican Communion. Rancorous debates ensued about same sex blessings and unions.

By 2010, according to Pew, a majority of religious groups still opposed same sex marriage but the gap was closing. Now it’s closed. The latest confirmation of that comes from PRRI. Its report shows that most major religious groups support same-sex marriage. They’re led by Buddhists (85% of whom support it) but mainline Christians are also for. Only Jehovah’s Witnesses, Mormons and white evangelical Protestants hold out against. Muslims and black Protestants are evenly split, for and against.
Meanwhile there is no religious group which favors allowing small businesses to withhold services from gay and lesbian people. None.

Check it out here: another inflection point in American culture.