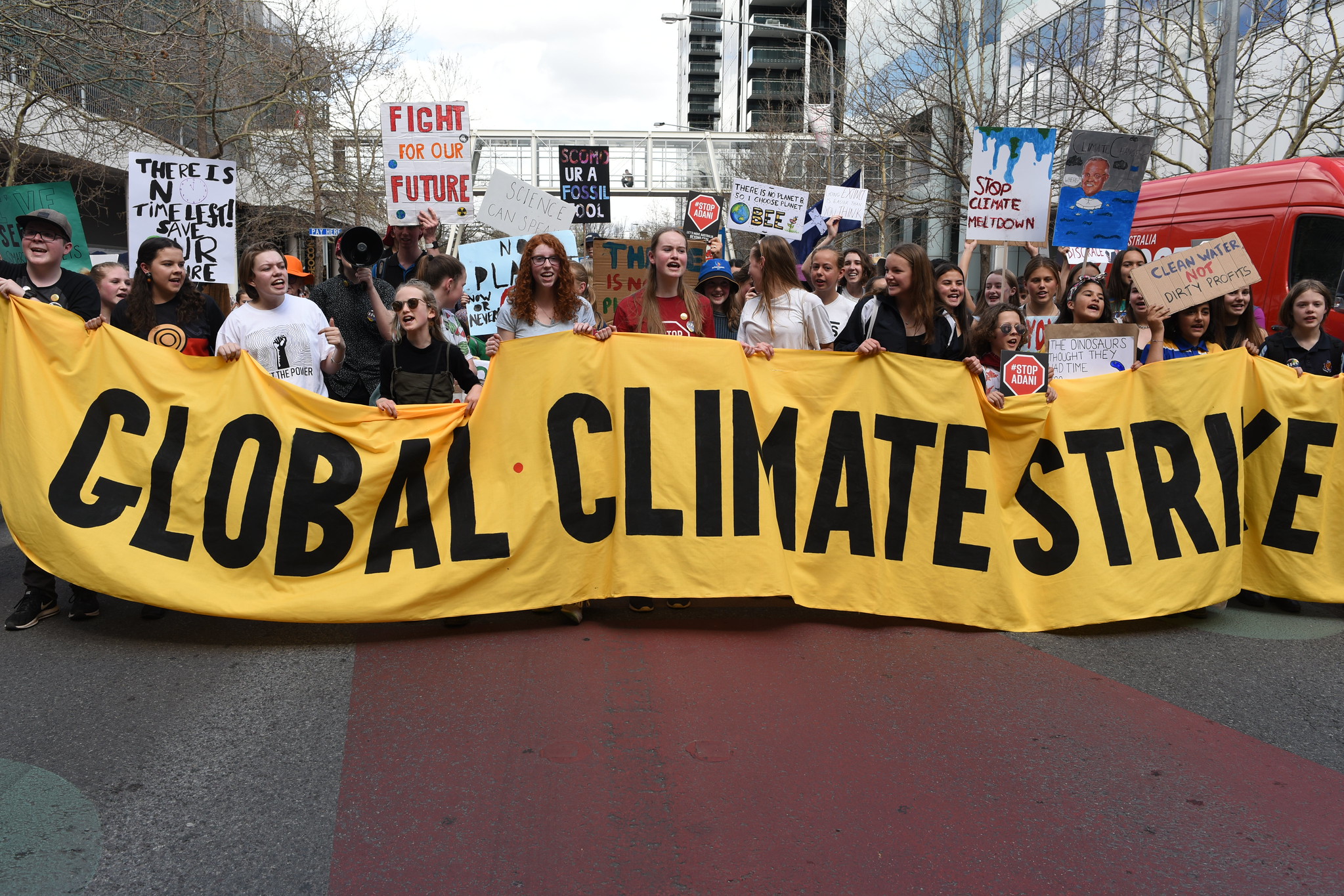 Writing in The Guardian, Eric Beinhocker offers a stirring commentary on the current global climate strike, which is led by Greta Thunberg and thousands of other young people across the world. His basic point: it’s not that the kids are alright; it’s that the kids are morally right.

The climate emergency is not a technical challenge that awaits resolution through gee-whizz science. Nor is it a political and economic concern that can reasonably be set alongside comparable concerns, then approached according to a “cost-benefit” analysis. The climate emergency is of such magnitude that it requires an unapologetic and unequivocal moral response – one analogous to the fight against slavery in the nineteenth and twentieth century.

Beinhocker is blunt: “When something is a moral wrong, particularly a deep, systemic moral wrong, we don’t wait around debating the optimal path or policy; we stop it.” Just as the only apt response to the enslavement of millions of human beings was the abolition of the slave trade and the criminalization of slaveholding, so the only apt response to the climate emergency must be the abolition of carbon.

The importance of this position is obvious. In the face of a grave moral wrong, don’t equivocate. It is not those who sought to “humanize” the slave trade that deserve praise; it is those who insisted that it be abolished without delay. Likewise with respect to the climate emergency.

It is of course true that specific, difficult decisions will need to be made down the line. One can hardly suppose that getting to “net-zero” can be achieved without risking the intensification of other patterns of injustice and suffering. Reinhold Niebuhr is right: “power cannot be wielded without guilt,” even when that power derives – as I hope it will – from the righteous anger of the young. But Niebuhr’s counsel does not absolve us, and must not distract us, from the basic challenge of rightly ordering our moral priorities. It is better to incur the guilt of wielding power on behalf of the preservation of God’s creation than to incur the guilt of irrevocable neglect.

“God’s creation”: there’s the rub. It is notable that Beinhocker’s piece manages to disaggregate entirely the moral and the religious. (That’s the case with its predecessor, too). At no point does he acknowledge that religious convictions inspired many who campaigned for the abolition of slavery in the nineteenth and twentieth century, and that religious convictions have steeled other “mass social movements” for change. The moral and the theological seem to run on separate tracks, and there is no sign of convergence.

An oversight? Not necessarily. One cannot require an author to invoke religious ideas or use religious language in support of this or that cause. Indeed, if you’re writing in left-leaning dailies like The Guardian, which often carries articles hostile to religious commitments and institutions, there are strategic reasons for avoidance. That might even be the case for a number of western European countries. If religiously-inflected rhetoric doesn’t get people to treat the climate crisis as a moral issue, leave it be. Time is short.

But the issue still presses. I’m doubtful that a position that disaggregates morality and religiosity is going to have much traction in non-European countries. In the United States it might even prove counterproductive. Mass social movements have tended to succeed here because the moral and religious registers are fused, then brought to bear on diverse civil and political spheres. (If you doubt this, just recall the Civil Rights and Black Power Movements. Neither make much sense if you remove religion from the equation).

Yes, it well may be that the rise of the “nones” complicates matters. Likewise the nationalistic turn of much white US evangelicalism (which, while it props up a morally shallow president, will likely outlast him). But these shifts hardly suggest that the United States is heading towards a time in which religious commitment will become unimportant. What they signal is that established idioms of religious speech are under a new kind of pressure; and that those who are able to develop new religious idioms will have the opportunity to galvanize public opinion.

Those of us fascinated by the role of religion in public life and committed to radical action in face of the climate crisis therefore find ourselves in an intriguing position. The climate emergency as a moral issue? Absolutely. But when it comes to getting millions of people in the USA to share the passion of a Greta Thunberg or an Isha Clarke – and, of course, the passion of brave kids, out on the streets today – then we need to find a way to make our religious language a moral language, and to make our moral language a religious language.