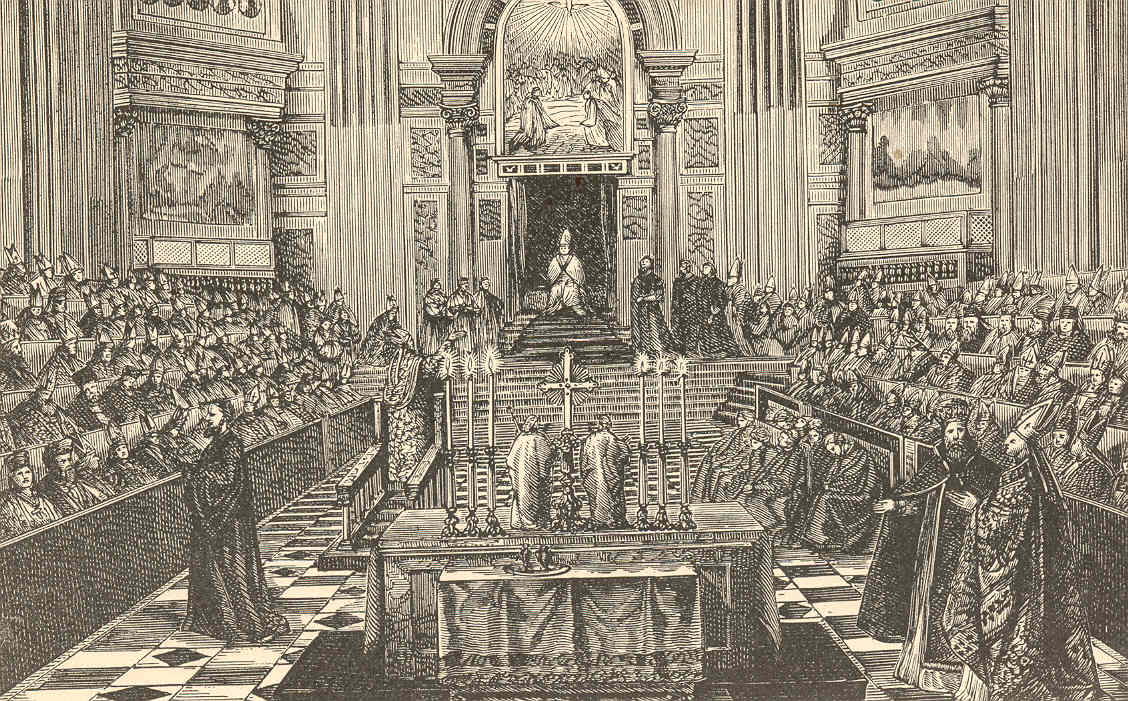 No idea is more fundamental to the American religious ethos than the separation of Church and State. But to the movement known as Catholic integralism, one expression of our larger postliberal moment, no idea is more repugnant. Catholic integralists such as legal scholar Adrien Vermeule, the philosopher Thomas Pink, and other contributors to the conservative Catholic journal First Things insist on a public role for religion and indeed special privileges for it in the eyes of the law. They maintain that their convictions, founded as they are in biblical truth and natural law, cannot simply be ranked as one viewpoint among others.

Some postliberals sympathetic to the movement, such as Matthew Brendan Dougherty of National Review, defend integralism on humanist grounds, attempting to link the integralist worldview to that corpus of virtue the founders claimed was necessary to a free republic. But integralist hopes for a privileged place in the public sphere make any claim to the republican tradition tenuous. They much more closely resemble 19th century Ultramontanes, particularly of the French variety. The Ultramontanes favored the absolute supremacy of the pope over national authorities, thus deadlocking Catholicism and liberalism in a zero-sum game for political survival.

Lay activists also led the 19th century Ultramontane movement, most notably the French polemicist, Louis Veuillot (1813-1883), editor of the conservative Catholic newspaper, L’Univers. Veuillot did not respect the separation of the political and the religious under the constitutional July monarchy of King Louis Philippe. He raged daily against the tyranny of legal indifferentism towards the one true faith. Leading a movement that was “lay, proletarian, and Roman,” this self-taught son of a cooper brilliantly marshaled the resentment of the French lower clergy against the clerical elite of the French Church, which he described as spinelessly kowtowing to their liberal puppet-masters. In the aftermath of the French Revolution, Veuillot and other 19th century malcontents looked “beyond the mountains” (hence ultramontane) to Rome and the papacy as the necessary counterweight to the bourgeois democracies then overturning the Catholic monarchies of Europe. Together they longed for the imagined theocratic ideal of the Middle Ages, with its ranked society of mutually beneficial orders.

There is a family resemblance between the old world of L’Univers and the new one of First Things, where Sohrab Ahmari, the editor of the New York Post, recently published a manifesto entitled “Against the Dead Consensus.” Signed by a number of postliberal intellectuals and activists, that text, with its critique of global capitalism, led to a major crack-up on the right, pitting libertarians against a coalition of conservative religious actors. The signatories insist that though the alliance of liberalism and conservatism was necessary to win the Cold War, the destructive forces of free market economics are now too flagrant to ignore. In a subsequent First Things piece entitled “Against David French-ism,” Ahmari takes aim at the civil discourse of National Review writer David French whose purportedly naïve belief in rational argumentation is panned as an inadequately muscular response to this (knives out?) stage of the culture war.

One might expect that the inspiration to abandon civility in politics for more drastic action would result from a proportionately momentous event: Catholics being jailed for their beliefs, or silenced in the press, for example. It turns out that the jumping off point for Ahmari’s bellicose turn, at least in what concerns his critique of French, was a drag queen story hour held at a public library in Sacramento, California. Ahmari’s disproportionate response to a seemingly innocuous event should raise a number of red flags in even the most casual reader of history. In that piece, he issues a somewhat sinister call for a “re-ordering” of society to “the common good and ultimately the Highest Good.” He speaks about defeating his “enemies,” a “politics of war and enmity,” and a righteous commitment to “enforc[ing] our order and our orthodoxy.” If civil discourse is not the means by which to do that, Ahmari lets it be inferred that violence is at least on the table.

Veuillot was ruthlessly effective in humiliating opponents willing to work within the liberal system. Ahmari does not have Veuillot’s polemical verve. Even his takedown of French, conceding French’s amiability and grace, is Frenchian in its restraint. “It isn’t easy to critique the persona of someone as nice as French.” Veuillot’s tongue did not speak of the “guileless public mien” of his opponents, but rather eviscerated those David Frenches of the day who dared to do business with the liberal order rather than rejecting it out hand. But the difference between the two figures is that Veuillot could rely on the pope, whereas even if the integralists wanted to restore the temporal power of the Papal States, they could hardly rely on Pope “Who Am I to Judge?” Francis to carry out their agenda.

The truth is that, despite their hostility to free trade, integralists do long for a lost American consensus. Their aristocratic critique of capitalism defends the interests of working people not on grounds of equality but out of paternalist nostalgia for an organic society of orders. They look back to a time when a patrician WASP elite dominated high finance and culture, a Catholic civil service controlled city politics in the northeast, and women safeguarded the moral integrity of the home and its children. It was a time when gay men married “beards,” and gay women lived with their “roommates” in “Boston marriages,” and everybody accepted that African-Americans made up the permanent underclass. In those days, cultural norms were self-enforced under the sign of “community standards,” but now that that the ordered society of pre-1960s America has come undone, the type of blue laws or decency codes that the Catholic right longs for are destined to die in the courts. Or are they?

The place of Catholicism within a republic is the central question that American Catholics have been litigating since the founding.  In 18th century America, the Catholicism of John Carroll and John England was remarkable for its capacity to reinvent the faith of feudal Europe. Its defense of religious freedom and conscience rights made American Catholicism uniquely adaptable to the liberal order. Liberalism allowed American Catholicism to thrive not because the liberal framework is an ideology but because it is primarily a legal mechanism designed to prevent competing religious actors from killing each other.

The “siege mentality” of a subsequent Catholic generation rejected this republican brand of Catholicism, leading many American Protestants to suspect that Catholics accepted democratic norms out of convenience rather than conviction. The integralist movement revives these justified fears and threatens to reduce Catholic Americans to a stereotype they labored heroically to reject. As to its impact on conservative politics, to quote Charles C.W. Cooke, “the one way to create division on the right is to start talking as though you want to impose a Catholic monarchy.”

Maxwell Pingeon is a PhD student in American Religious History at the University of Virginia specializing in civil religion in France and North America.

Sohrab Ahmari will face David French in a debate tonight (Sept. 5th) at Catholic University of America. The debate is from 6 to 7 PM, and will be moderated by Ross Douthat. The event is free to the public, but for those unable to attend in person, the event will be live-streamed.